Paul Pierce is the new Rajon Rondo, and in the best way possible 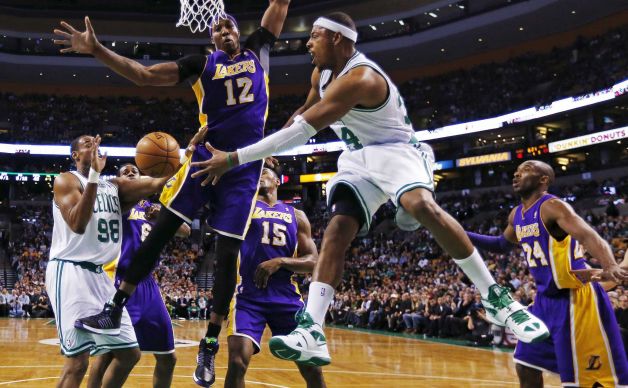 Before Rajon Rondo was lost for the season he was dominating the NBA in triple doubles, with 5 (no other Celtic had any).  Since Rondo's been gone Paul Pierce has taken over that role by recording 2 triple doubles of his own (the only player in the NBA with more than one in that time span), which puts him tied for second in the league on the season behind Rondo.

Over the 38 games that Rondo played this year, amazingly he led the Celtics in both assists and rebounds in 9 of them (no other Celtic did once).  But in Rondo's absence Pierce has now accomplished that same feat 3 times in 9 games (he's also led Boston in assists alone on 7 of 9 occasions).

When Rondo's injury occurred Pierce was averaging 18.8 points, 5.7 rebounds, and 3.8 assists per game.  Since?  17 points, 9.4 rebounds, and 7.2 assists.  Halfway through his 15th NBA season, at 35 years of age, the Celtics #2 all-time scorer has dramatically changed his game in order to make up for the loss of his All-Star point guard.