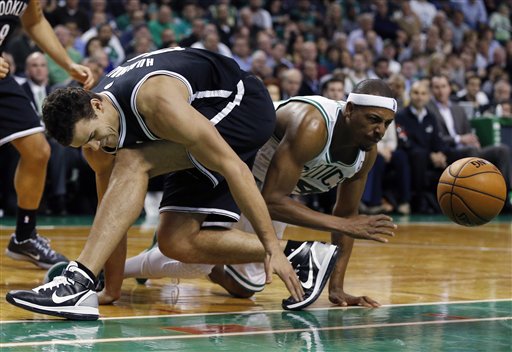 The Nets have offered Marshon Brooks and Kris Humphries along with a first round pick for Paul Pierce.  Celtics politely declined.  This according to Wojo.

He has more about the KG to the Clippers rumor in that article as well.  Sounds like it'd have to be a domino thing where Pierce gets dealt and then KG waives his no-trade clause and accepts the deal.

That article also mentions the Celts being interested in CJ Watson in a separate deal but there doesn't seem to be much to that.

Remember back in the 60s when the Celtics made one trade the entire decade (I believe it was for Wayne Embry)?  How long ago does that feel now?