What the Hell Happened to...Rich Niemann? 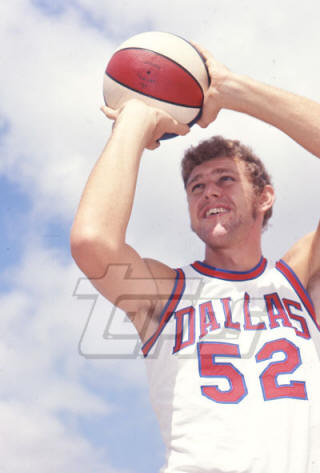 During the golden era of Celtics' basketball, many big men had the chance to back up Bill Russell.  Gene Conley and John Thompson were a couple.  For this episode of What the Hell Happened To we remember someone who missed playing with Russell (and winning a title) by just one season.  Surely you remember Rich Niemann.

Rich attended DuBourg High School in St Loius, MO and as a senior during the 1963-64 season, averaged 25 points to lead his school to the large-schools state championship.


He'd go on to play basketball locally at St. Louis University where he teamed with  Randy Albrecht, who has coached the St. Louis Community College Archers (formerly the Meramec Magic) for 28 years. Albrecht, still one of Niemann's close friends, joined the coaching staff when he graduated and worked closely with the center late in his career.

At first, when Albrecht was a senior and Neimann a sophomore, they didn't see much court time. 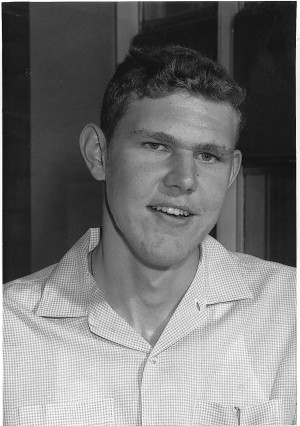 "We were part of what we called 'F-Troop', after the old TV show," Albrecht said, laughing. "We were the guys that got beat up by the first team in practice all the time.

"Later, I worked with him all the time. I think I passed the ball to Rich Niemann more than any human being."

Niemann was drafted by the Detroit Pistons with the 6th overall pick in the 4th round (which would today amount to the #42 overall pick of the 2nd round; thanks again David Stern for overexpansion). He'd play for the Pistons and Bucks that first year.  After being released by the Bucks at the start of his second year, the Celtics jumped in and signed Rich in October of 1969.

He'd play 6 games for the Celtics and wear #27.  In those 6 games he appeared in 18 minutes and scored 6 points on 2-5 shooting.  His Celtics' career was over.  Ironically enough his most productive outing would come after Boston released him, when he played for the Carolina Cougars of the ABA.  Rich would go on to average 11.3 points and 8.9 rebounds during the 1969-70 season for Carolina in just 23 mpg. Niemann played two more seasons in the ABA, but had left the game by the time the Cougars became the Spirits of St. Louis in 1974.

Back in 2011 Rich answered some questions from Christopher Sleckman at CHS Globe.  My clear favorite was: "Were you one of the tallest guys in the NBA at 7 feet?"


Answer- Yes, one of the tallest. In high school I was about 6 feet 10 and there were only about three guys in the whole area who were my height. In college every team had one 7 foot guy. Then in the pros every team had two or three 7 footers. And now every NBA team has somebody who is 7 foot 3 or so. Times have changed since when I played. Most of us really tall guys weren’t amazing athletes, but now the 7 foot plus guys are not only tall, but amazing athletes also.

7'3?!  Surely you just presume they're that tall today right, Rich?  Have you seen their actual heights?!  In fact I count one 7'3 guy in today's height-challenged NBA, Hasheem Thabeet.  And you mention every NBA team now having two or three 7 footers?!  Ha!  Not anymore!  For crying out loud, they've eliminated the center position on the All Star ballot!

Rich also mentions in that same interview how Kareem was the toughest player he ever went against.  I wonder what Dennis Awtrey thinks about that.


Today Rich resides in University City, an inner-ring suburb of St Louis with his wife Julie.  After the NBA, Rich had stints in both chemical and steel sales before returning to grad school to get his master's degree.  He then began a lengthy career as a teacher and coach.  He coached basketball for a few seasons and spent 22 years as the baseball coach at Brentwood.