Carmelo Anthony suspended 1 game for acting like a nut 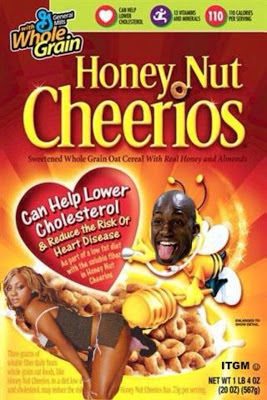 
New York Knicks forward Carmelo Anthony has been suspended one game without pay for confronting Boston's Kevin Garnett in the arena tunnel, near the players' locker rooms, and in the parking garage following Monday's game against the Boston Celtics.

"There are no circumstances in which it is acceptable for a player to confront an opponent after a game," NBA executive vice president basketball operations Stu Jackson said in a statement. "Carmelo Anthony attempted to engage with Kevin Garnett multiple times after Monday's game and therefore a suspension was warranted."

Anthony has said that he did not believe he deserved to be suspended.

"If you just go off the actual facts of what happened, I don't think anything will happen," Anthony said.

Honestly I didn't really care whether 'Melo got suspended or not, but it's kind of funny that he went bat shit crazy and got only one game, while Rondo joked with a ref and also got one game.

Here's Doc's thoughts on the suspension: