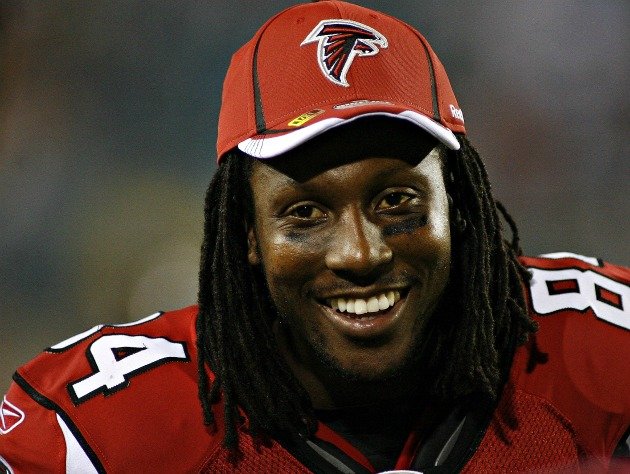 Jeff green is soft and terrible he has no toughness worst decision was to get rid of Perkins for that guy should've paid Perkins
— Roddy White (@roddywhiteTV) December 15, 2012

I just believe if you play with KG that's how u should play basketball
— Roddy White (@roddywhiteTV) December 15, 2012

Plenty of Celtics fans have been critical of Jeff Green since he arrived in Boston. Plenty of media members have also been critical. I guess it was eventually time for NFL stars to weigh in? Green also has a huge backing with thousands of Celtics fans. They love his comeback from heart surgery, his strong character, and his exciting dunks. What maddens some more objective Celtics fans (and what national observers see) is Green's lack of toughness and apparent poor basketball IQ.

There's really no excuse for Green to be getting only 3 rebounds in over 31 minutes Saturday night (While Jared Sullinger was able to grab 7 rebounds in just 11 minutes). Now one could use the excuse that Green is playing out of position for the Celtics at the 4 and this is a 100% valid excuse. Green is a small forward. He has the skills of a small forward. Playing down low is a different beast. Despite saying rebounding would be his #1 goal before the season, Green is rebounding at a career worst rate this season.

If Green was only asked to play small forward, he might be looking a lot better right now. But we have a Hall of Famer already at that position (just as we did 2 years ago when the Perkins trade was made). There are not many minutes to be had backing up Paul Pierce (and Pierce is too old to play the 2). Green really won't have a shot to prove his worth until after Pierce is gone (or gets injured for a significant period). Personally I'd never trade Pierce to accomodate a player like Green, but I'm just trying to be fair to Green here saying he's not a 4, so he's playing out of position now (blame Ainge for the shoddy roster construction, not Green or Doc).

Now I don't know much about this Roddy White guy. I know he's a 3 time Pro Bowler and I doubt he has a personal beef with Jeff Green. He was probably just a guy watching the Celtics/Spurs game and seeing what a lot of have seen post Perk trade. The Celtics have lacked toughness since that trade. Perk was a beast out there and unfortunately White is pretty spot on when he labels Green "soft." Again Green is a great comeback story, he appears to be a great guy, and he has some sweet highlight dunks, but he is basically the ant--Perk when it comes to toughness.

The Celtics need a center and Green needs to play small forward to try to succeed. Celtics already have a small forward. The trade looked bad at the time and still does (Shout out to all the people who whine whenever we mention this elephant in the room). Green is never going to be tough enough to play the 4. The Celtics would be better served rotating KG, Bass, Sully, and Wilcox for all 96 minutes of power forward/center minutes and playing Green exclusively at the 3. Yes that might mean that Green will only get 15 minutes a night, but so be it.

I did want to end this article saying something on behalf of Green's fans like, "Roddy White should concentrate on football," but I guess he did handle his business this week as his Falcons shout out the Giants 34-0. Oh well.

Thanks Blair for the tip.