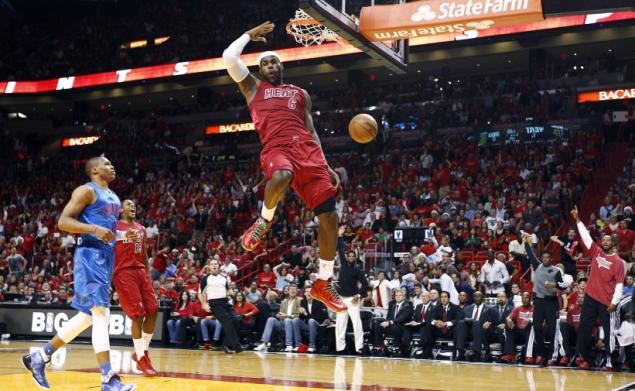 LeBron James announced this week that he will never compete in the NBA Slam Dunk Contest during All-Star Weekend. The 27 year old James, still in the athletic peak of his career, claims he's too old now to enter it (Dominique Wilkins won the contest at the age of 30).


“It’s over with. I’m getting too old… It’s a taxing season. A lot of stars play a lot of the bulk of the minutes. So they got to protect their body and understand that they got to do what’s best for them. There were times when I wanted to do it. But I came into All-Star Weekend a few times banged up and I didn’t want to risk further injury.’’ 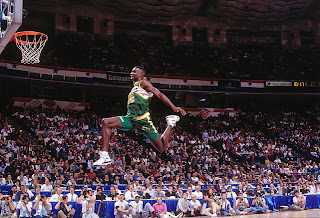 In my Tommy Heinsohn voice, "Gimme a break" LeBron. 8 dunks one day isn't going to do anything to your body. Your not entering the contest for the same reason you've never entered the contest. You're scared to lose. LeBron has seen an all-time great dunker in Shawn Kemp enter the contest multiple times and come out a loser each time. Julius Erving won. Michael Jordan won. Vince Carter and Kobe Bryant as well. What would happen if LeBron entered and came in 2nd? Too much of an embarrassment for him to risk.

Now most likely the contest would be rigged like a couple years ago when Blake Griffin won it and their was an NBA memo passed out before the contest with Griffin already announced as the winner. But still LeBron has always viewed the contest as too much of a risk. "Taxing season" my ass. LeBron is inhuman and can play as many minutes as he likes. I'm sure he'll dunk more in All-Star Saturday's practice as he would have to in the contest. If he was all about resting his body, he wouldn't be biking to every home game or always practicing half court shots. 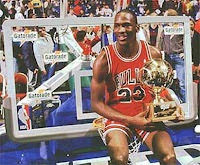 LeBron fears losing. If it was up to him there would be no NBA championship. He anointed himself King James before ever winning a title. Even after he joined forces with two other top 10 players he still couldn't win a title in 2011. Finally last year, with a little help from the refs in the Eastern Conference Finals, LeBron got a ring. Talk about a relief for James. He's not going to go through that trying to get a Slam Dunk championship. And that's fine. That's his decision. But don't feed the local media down in Florida some BS about a taxing season or fear of injury. You've never entered the contest because you're chicken. Plain and simple.