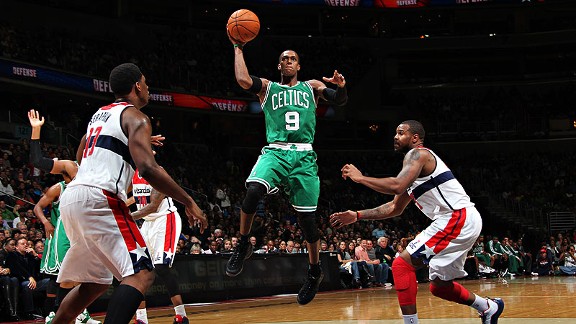 
#Celtics coach Doc Rivers hints Jared Sullinger move to starting lineup may be more the norm than exception: "I like it. It's a good fit."
— Scott Souza (@scott_souza) November 8, 2012

Still no John Wall or Nene


As expected, no John Wall or Nene tonight for the #Wizards although Wall could return to lineup within a month. #celtics
— gary washburn (@GwashNBAGlobe) November 7, 2012


Keyon Dooling pops in for a visit


Doc on what Sullinger brings to the starting lineup