Mike Brown being fired PISSES ME OFF.

Yes, I know this is a Boston Celtics website, and yes, I almost did a video blog on how much this makes me mad. I hate the Lakers, I hate Laker fans and how biast and fake they are and I even hate the colors purple and gold. I hate everything that has to due with the Lakers and that is why i am writing this piece. Mike Brown was a terrible coach for them from day one. The guy can't run an offense, hence putting Steve Nash in corner becoming a spot up shooter. I was so happy they signed him because I knew he would bring them to the ground. He could not win with the best talent in the NBA (lechoke), so what makes you think he would win with an egotistic maniac in Mr. Bryant.

So it brings me to my conclusion, this is the best thing that could happen to the Lakers. Phil Jackson is probably sitting there, licking his lips, waiting to see what he can do with this roster. Yeah, the same Phil Jackson that beat us in the finals just 2 years ago, the one coach that has more championship rings then our beloved Red Auerbach. I am just saying, this will probably be my last Laker piece all year (unless we play them in the finals) and it just pisses me off. The rich get richer. The spoiled get more spoilder, and Terry P gets more bitter and upset. 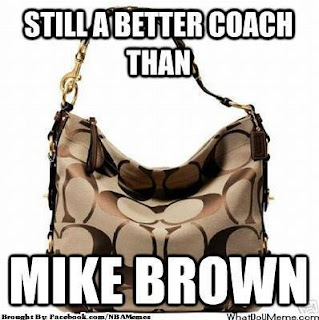 PS. all this coaching stuff makes me SO HAPPY we have a great coach in Doc Rivers. Imagine what he could do with the Laker roster, yikes.
Like Terry P here
Follow Terry P here

Terry P =)
I am a pretty cool guy that is a big Boston Celtic fan, looking for a job, and just looking for new people to meet. I play basketball all the time and currently poor as fuck
Newer
Older