What the Hell Happened To...Kedrick Brown? 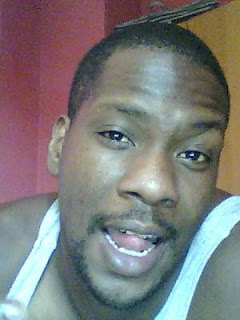 He was the super athlete before Gerald Green.  If you were young and naive and someone said he could jump out of a gym you might've believed it.  He was the guy Phoenix really wanted in the Joe Johnson-Rodney Rogers deal.  As Joe Johnson continues to be relevant in the NBA today, the guy the Celtics picked at #11 behind him, definitely isn't.  This week in What The Hell Happened To, we remember a guy who turned out to be a pretty big letdown, Kedrick Brown.

The Celtics had 3 first round picks in the 2001 draft.  Of course they exercised the right to use Denver's pick (which could've been carried over for 2 other seasons; oh and who did the Nuggets use that pick for in 2003?  Carmelo Anthony.  Nice move Buffoon.)

But the Buffoon decided to use it and along with #10 pick Joe Johnson and the #21 pick Joe Forte, the Celtics used their #11 pick to draft Brown.

And then the trade.  The Celts wanted some veterans to help make a move in the East.  Rodney
Rogers and Tony Delk were available.  The Suns apparently wanted Kedrick Brown.  But the Buffoon pushed Joe Johnson on them.  As he recalls:

“It’s easy to see now that we made a mistake putting Joe Johnson into that trade,” said then-Celtics general manager Chris Wallace, now the Memphis GM. “But at the time it wasn’t such a simple call. Joe wasn’t playing and his confidence was shot. Kedrick was playing, and Obie (then-coach Jim O’Brien) liked him. It looked like Kedrick’s role was going to expand. But with the trade he went from starting to not playing.

“The next year he was looking really good in camp, but he came down in the bench area in a game at Mohegan Sun and really hurt his ankle badly. When he came back, his 3-ball wasn’t falling (3-for-39), and Obie went away from him.

Well Buffoon, you are right, 3-39 from 3 point range means his shot wasn't falling.  It never would.  Kedrick for one, felt too much pressure in Boston:

“I just think the Celtics [team stats] expected more out of me at the time, and some players take longer than others,” he said. “I’m just one of those players. I was on the bench and then on the injured list. I just felt like the long-forgotten son. So I just put all that behind me now. When you’re in the NBA, you learn that it’s all political anyway. If you have a name, you have a name. If not, then you’re out.

“Back then it was more the frustration that comes when you know you’re better than people you’re playing behind, and it’s just because of their name and the money they’re making.” 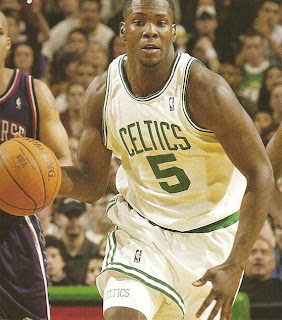 Harsh words from Kedrick.  Who was he playing behind, Eric Williams and Walter McCarty?  Two guys who each wound up playing over 10 years in the NBA.  Kedrick wouldn't last 3 more years.  Personally I think that explanation on his behalf is bullshit.  He DID have a name, he was the #11 overall pick in the draft, which was a higher position than E-Dubs or Walter were selected.  If he could've played, you don't think O'Brien would've found him some time?  The same O'Brien who started JR Bremer for 41 games in 2003?  Please.  Who else should he have gotten time over?  Tony Delk or Erick Strickland?  The answer is no and no.


Like I said, Brown was out of the NBA after stints in Cleveland and Philadelphia, playing a grand total of 42 games in the league after Boston moved him in the Eric Williams-Ricky Davis deal.  Brown would find some time with the Anaheim Arsenal in the NBDL.  I do believe he played for the Maine Red Claws too.  His Wikipedia page indicates he currently plays for Antalya BSB of the Turkish league but based on their roster, I'm thinking that's not accurate.  His career to me at this point looks to be done.

He was very athletic, and that was it.  His offense was non-existent.  His defense wasn't there either.  He didn't grasp the offensive sets.  He looked lost when he was on the floor.  He was the telltale sign why guys from Community Colleges don't get picked that high.  Why was a guy from Okaloosa-Walton Community College picked #11 in the NBA draft again?  Along with Jerome Moiso, I feel Brown has been one of the biggest draft disappointments in the past 15 years for the Celtics.  For what it's worth, he wasn't nearly as skilled as Gerald Green.  Gerald actually had legitimate offensive moves, could shoot the perimeter jumper and was just as athletic.


I wonder if the Buffoon would've bet that 11 years after picking Kedrick, that this wouldn't even be his website today:   http://kedrickbrown.com.