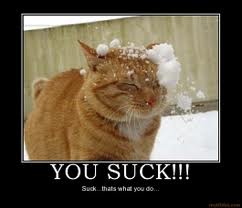 If you've been reading this blog for any amount of time you probably already know that I don't give a damn about what "experts" like the alleged one's at ESPN think. It's not that I think that they are "haters" (most played out word that needs to be retired), it's just that their opinion doesn't matter. You know whose predictions matters even less? That would be hometown writers and bloggers.

Back in the day I might have eagerly read their predictions, but that was when newspapers could afford the best writers. That was before twitter and comments sections. Now writers (and bloggers) don't want to get asphyxiated immediately by their readers. This is not a dig at them. I don't blame people for not wanting to be on the receiving end of such immediate venom. It's human nature.

Last year prior to the Eastern Conference Finals I predicted that the Heat would win the series in 7. My reasons for the Celtics not winning were no Avery Bradley and I didn't feel like the NBA would give the Celtics a fair shot in Miami in Game 7. Of course some yahoos commented that they were shocked that a Celtics blogger wouldn't pick the the Celtics to win.

As we are on the eve of this season, most national predictions have the Celtics falling in the Eastern Conference to the Heat. Some have the C's not getting there, while no one is really predicting us to get past the Heat. Does it matter? Of course not. The games still need to be played. Injuries happen. Trades happen. Predictions are simply water cooler stuff.

In terms of Boston writers and bloggers I have yet to read one preview this season. I'm pretty sure most Celtics bloggers have the Celtics winning the championship. Celtics writers probably have the Celtics at least getting to the Eastern Conference Finals and more than a few probably have them going further. Whether it's green tinted glasses or pandering to your audience, hometown predictions hold little water. If I read a Lakers blog, 19 times out of 20 they'll pick the Lakers to win a championship. If I read a Heat blog, 19 times out of 20 they'll pick the Heat (In a related note, why would one over read a Lakers or Heat blog?). Same with the Celtics (You also probably get extra pandering points if you have the Lakers getting knocked out before the Finals).

So while we have many different voices on this blog, this one personally isn't a fan of predictions. Pick the Celtics and you're awesome. Pick any other team and you're an idiot. Obviously if you are a Celtics fan you want the team to win. Everyone that writes for this blog wants the Celtics to win the championship. We probably want this at an unhealthy level. It's just not my style to pander for a cheap ego stroke by saying "I predict the Celtics will win the championship this year." Though they probably will. ;)