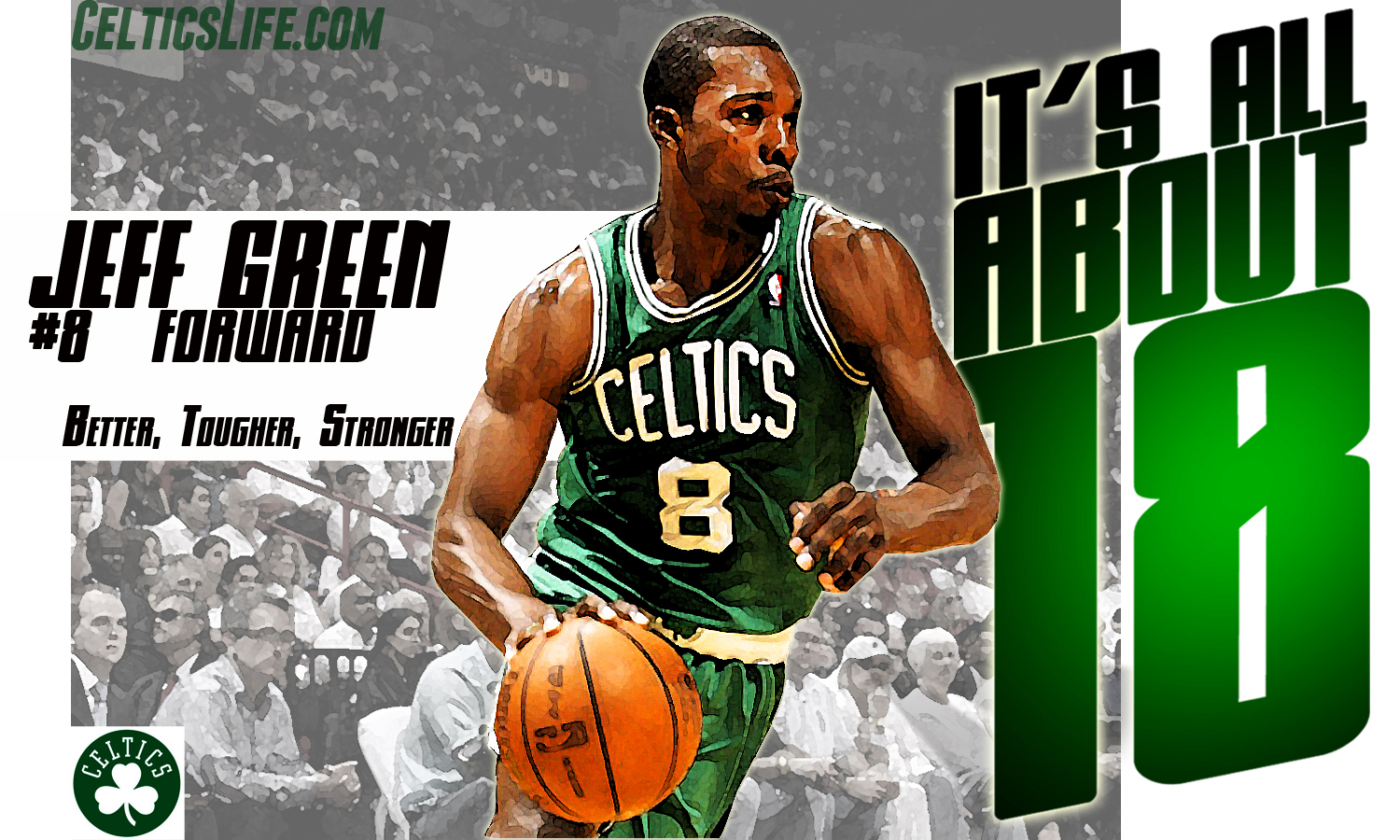 One of the major stories floating around the Celtics the past couple days is the rip job ESPN's John Hollinger put on Jeff Green (and Danny Ainge) for signing him. This has contrasted with Doc Rivers showering praise on Jeff Green every day since camp began. Now I'm not one of those fans that immediately goes off on a sportswriter, because he said something bad about my favorite team or player. A sportswriter isn't awesome and smart because he likes my team, nor is he an asshole and an idiot if he dislikes them. With that out of the way, here's Hollinger's comments:


Can they amnesty Green yet, or do they have to wait until the games start? Maybe the Celtics are just trying to keep us on our toes and prove they're capable of screwing up, too. Here's what we know: Green was a fungible player before he missed last season with a heart problem; guaranteeing him four years (with a player option on the fourth!) at a rate far beyond any rational market level is something we might expect from a couple of the league's bumbling organizations, but certainly not this one. I can't stress this enough: Green is 26 and played four full seasons in the league, and after all that time there's no evidence he's actually any good and considerable evidence that he's a health risk. Yet he's being paid like a second-tier star. This was, without a doubt, the worst contract of the summer.


Doc Rivers says it may come down to "the final 1" around KG/Rondo/Pierce to end games, bc Jeff Green is excelling in 4th spot around them.

Finally here are my thoughts: Yes, Jeff Green's agent did a masterful job getting Danny to pay Green 4/36 and giving Green the out clause. Falk basically had Danny negotiate against himself and got everything he could possibly want for his client. Last year Green and the Celtics agreed to a 1 year($ million) deal for more money per year than he was getting in exchange for it only being a 1 year deal (basically what the Sox have been doing with David Ortiz for years). Obviously if it had been a multi year deal the Celtics wouldn't have paid as much per. After missing a full year one would think that Green's value would go down some (1 year lost on his prime, health issues, etc). But not only were the Celtics willing to offer a multi year deal, but they were willing to offer Green the multi years at no discount price. it wasn't a "here you can either take 1yr/$9mil or 4yrs/$28 mil offer" it was a you can have your cake and eat it too offer.

You will recall that Ainge previously had no desire to offer this contract to players from the Championship squad Posey and Perkins. In fact, Perkins now has the much more team friendly contract than Green. Part of the reason is the player option 4th season. Basically that means if Green sucks, the Celtics are on the hook for the $36 million, but if he lives up to his contract, he can void the last year on the deal and negotiate a bigger deal. Pretty sweet deal for Green and a amazing job done, by his agent. But after saying all that... the Celtics needed to sign Jeff Green.

The reason is because they gave up their rights to match offer sheets and to sign-and-trade him, when they rescinded his qualifying offer after the heart issue arose. Falk even warned them that rescinding the offer would come back to haunt the Celtics financially in the future, but I guess the Celtics wanted to save some dollars last season. Once the Celtics made Green an unrestricted free agent, they were stuck. it was either sign Green or lose him for nothing and only have peanuts to sign another player.

We can't fault Green for accepting all that money, just like we can't fault him for being the guy we traded Perk for, which sabotaged the 2011 season. And everything I've heard about Green is that he's one of the truly good guys in the league. How can you not root for him?

Green played a lot of minutes for the Thunder and put up decent offensive numbers out of position at the 4. He got killed on defense. In Boston we're not asking him to start at the 4 and play next to a defensive sieve like Nenad Krstic. He'll play more 3 and we have KG at the 5. Green does still have potential to be a difference maker. He's not a "fungible player" as Hollinger labeled him. Yes, he's getting paid on potential, but fungible players don't have that potential. So what if he gets paid $3 million more per year than comparable players. Again, Ainge created the overpaying problem when he made him an unrestricted free agent. Green just took advantage of it. Ray, Pierce, and KG were probably all paid $3 million more than their actual statistical worth the past couple seasons and I didn't see Hollinger or others on their soap box about it.

The point is Green is a Celtic. His teammates love him. His coach loves him. Plenty of Celtics fans like him too. Where I fault Hollinger is for ripping the move to sign Green, without presenting an alternative. The Celtics had no choice here. Maybe they could have told Falk to search for better offers, but then maybe Green gets pissed and leaves for $8 million a year from a team that "showed him more love," to paraphrase Tony Allen's Memphis wooing (Thanks Chris Wallace for screwing the Celtics again. TB are you reading?). Then we'd be left with someone like Marquis Daniels. Maybe a Carlos Delfino or Peaches, but definitely not a player with the potential of Green. Doc Rivers loves what he's seeing out of Green. that gets me pumped. If he ends up being overpaid, I don't give a damn if we also end up with #18. We have a better shot at #18 with Green then if we had simply let him walk. You do understand that Hollinger right?