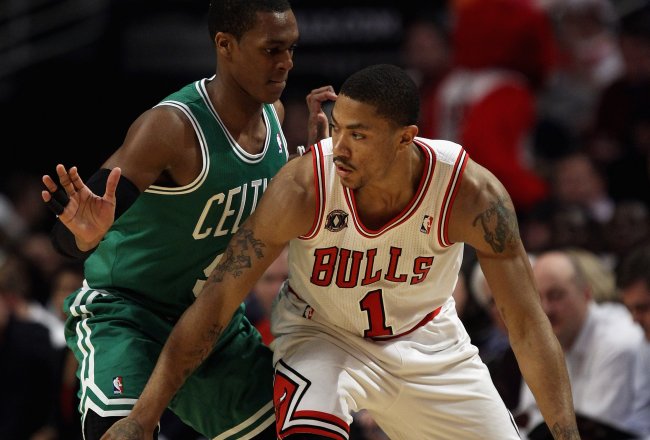 Full court press. You know, that defense you learned in 6th grade and used when that other team had that one REALLY good player and they were up by like 16000 points. In my first ever intramural basketball game, which was against 30 year old law school students, they used a full court press from the opening tip and decimated us. We didn’t stand a chance it was like watching that SportsCenter commercial where the anchors play against little kids. I said it last year when we played the Heat (before Avery’s shoulder popped out that last time for good) pressing is the way we can beat the Lerbon-ette’s. The lack of great ball handling for the Heat (Chalmers, Wade and James were all within the top 50 in TO’s last year) should have lead us to press them early and often with Rondo and Bradley.

It became a moot point when Bradley couldn’t play like a champion through the pain anymore and Judas Shuttlesworth resumed his starting role, but this year’s roster is EVEN BETTER suited for the full court press and full court trap defense. When I was reading this Grantland article about the lack of innovation in the NBA, it referenced the Rick Pitino led the ’97-98 Celtics which to not much avail led the league in turnovers per possession, I couldn’t help but think about the young, fast, athletic players on this team.

It could conceivably work before Bradley returns with Terry at SG, but it would be more suited with Lee playing next to Rondo. Both are young, extremely athletic, and can be feisty. With Jeff Green at PF and KG playing quarterback at C barking out directions and orders from the front court, it could work perfectly! Pierce is getting older and his best defensive days are behind him, so he would potentially be the weak link on a pressing defense.

The full court press and trap would work better with Rondo, Bradley, Lee, Green and KG but it will be awhile until we see that potential lineup. The combination of athletes on this team, the “KG Defensive” factor, and the lack of elite ball handling point guards in the NBA lead perfectly to pressing, getting in passing lanes, creating turnovers and getting easy fast break buckets. I don’t think any team that presses full time in the NBA could be successful but I think in stretches we could be very effective with it. We could decimate the bad teams with it, and give the good teams a different look with some pressure. We’ll see how Doc uses the young kids on defense but he should let them hound the other team like creditors on Antoine Walker.