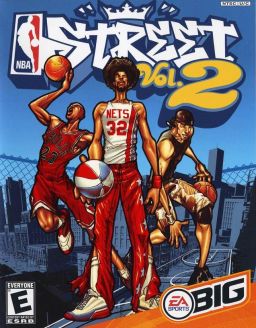 According to a USA Today report, the newest Olympic sports could be 3-on-3 basketball. FIBA believes it could be to Olympic basketball what beach volleyball is to Olympic volleyball.

Could three-on-three basketball be coming to the Olympics?

It will if FIBA, the international governing body, has its way. Secretary-general Patrick Baumann said Saturday that his group planned to propose it to be played as early as the 2016 Rio Games.

"Like volleyball has beach volleyball, swimming has synchronized swimming, we want three-on-three to be part of it," Baumann said.

"We've chosen three-on-three as being one way of bringing that community into the Games," he said. "For us, this is also really about growing the mass of players on a grass-roots basis. We want them to be part of the family and hopefully have new talents for the game."

So while the NBA desperately is trying to put a 23 year old age max on Olympians, so that they can make more money in a NBA run World Cup of Basketball, FIBA on the other hand wants to put a greater focus on basketball in the Olympics. Seems like the two groups are going in opposite directions. My guess is that the NBA will eventually figure out a way to put a large some of money in FIBA's pockets, so that this World Cup takes off. 2016 will probably be the last "Dream Team" in the Olympics.

Regarding a 3-on-3 basketball in the Olympics, well it's exciting to think of who would make the most dominant teams. Back in my XBOX NBA Street Volume 2 days my team was KG, Ben Wallace, and wait for it... Kobe Bryant (ducks). Though I did also often play with Cousy, Bird, and Russell if I was going retro.

What are your thoughts on 3-on-3 basketball in the Olympics. Which players would you choose?