Jason Terry talks his new tattoo & "the luck of the leprechaun"

Molly McGrath interviewed Jason Terry today for celtics.com and he discussed his excitement to get going with the Celtics, Boston's chances this year, and his new tattoo.

"Well obviously you know I did it with the Mavericks before the season the year we won it. So hopefully this year we'll have the luck of the leprechaun and we'll get it done again."

"I definitely believe last year they were right there. They're already a championship team They just needed a little Jet fuel."

There is about a 0% chance that fans won't love Jason Terry this season. He's like a better playing, more humble Eddie House. Seems like he'll fit in much better with this Celtics group than Mr. Sensitive Ray Allen did. 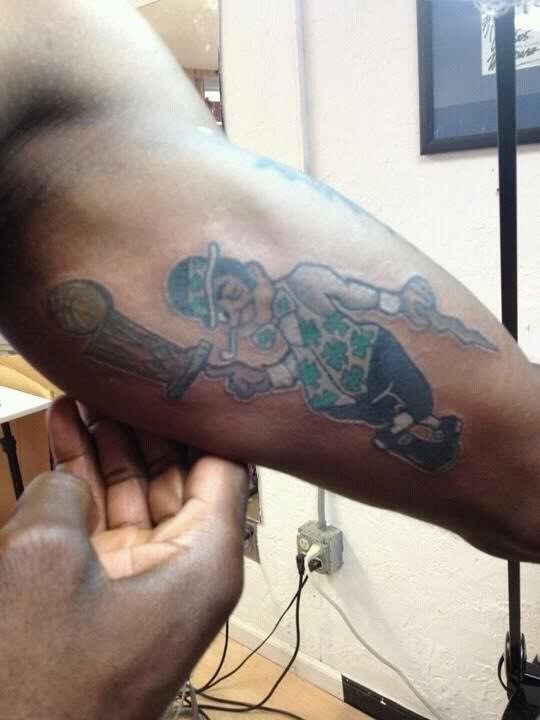