What the Hell Happened to...M.L. Carr? 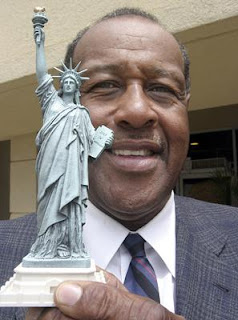 Anytime the Celtics lose, the season is not successful, and it (pondering retirement) was very tough to think of leaving on an unsuccessful note.- M.L. Carr after losing in the 1985 Finals to the Lakers.

This week in WTHHT, we remember the career of the energectic and proud M.L. Carr.  As I've done in the past, as often as the opportunity presents itself, I read M.L.'s autobiography, titled Don't Be Denied, which he co-wrote with Bob Schron (note to Mrs Gene Conley, you should've co-written your book with someone!)  Unlike the Conley book, this was very well-written.  It's a detailed journey of M.L.'s entire life, from a child in the south dealing with segregation for his high school, throughout his college career at Guilford in the NAIA, to his experience with the St Louis Spirits of the ABA, to meeting Red Auerbach, heeding his advice of playing in Israel for a year, to coming back to the NBA and playing for the Pistons and the Celtics.

His time with the Celtics was transitional.  His first year was Larry Bird's first year and M.L. was still a rotational player averaging in double figures in scoring.  By his last two seasons, he was the team's emotional leader, the 11th or 12th man.  But he embraced his role and perfected it.  He had a sit down before the 1984 season with Red Auerbach and Jan Volk who had discussed his role.  They explained what they wanted.  Where some guys would sulk or demand a trade, M.L. played it to the best of his ability. 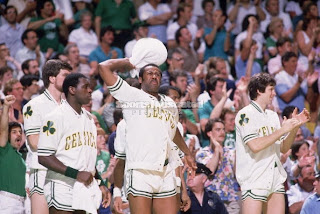 And then there was the towel.  Who could forget it?  Since he has retired M.L. has been at some speaking engagements for schools or businesses where he enters the room and all the kids were waving towels or all the business people were waving napkins.  He was really touched by that.  He mentions it was a segue between the fans and the team.  He knew how great the Boston fans were, and how much they wanted the Celtics to win.  He wanted to bridge that emotion between the fans and the team.  The towel accomplished that.

This book is a must-read for any Celtics' fan out there.  M.L. was beyond thrilled to play for the most successful franchise in professional sports at the time.  Winning the title in 1984 was the culmination of a challenging career which was met with obstacles and resistance along the way.  Some key takeaways from the book: 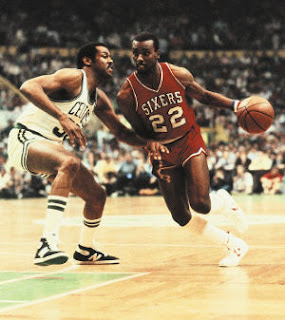 When Carr first retired, he had told his wife Sylvia he'd be taking a year off.  Spending more time with his children Michael, Andrea and Janine would be important.  But M.L. forgot he was a go-getter, and couldn't do it.  He started up M.L. Enterprises, which was geared towards working with companies in ways to improve themselves internally.  M.L. was able to make many parallels between basketball and the work wold.


Just as I would run extra miles to prepare myself mentally and physically to reach the level of play required in the NBA, a salesman travels and extra mile on the road to complete a working day and feel satisfied. 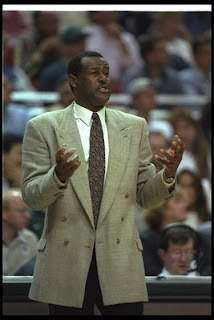 People may also remember M.L. patrolled the Celtics' sidelines himself.  M.L. acted as the Celtics' general manager from 1994 to 1997.  He was also the head coach for two of those seasons, 1996 and 1997. Yes they were in full-tank mode to acquire Tim Duncan, with a lineup of Brett Szabo and Michael Hawkins and Todd Mundt.  But I really feel had M.L. been given a better team to coach, he might've gotten them places (others have shared this opinion).  Don't forget his shrewd move to acquire the Mavericks' first round pick for Eric Montross, to give the Celtics two chances to draft Duncan.  And of course once the Evil Emperor came on board, he cleared out the entire staff, from Rick Weitzman to M.L.  My take from it is that Carr didn't do as bad a job as the Evil Emperor.

Today M.L. is the president of The Dream Company, an insurance marketing firm based in Huntsville, AL.  But rather than try and expound on this, I'll let M.L. talk about it himself:

One thing's for sure: M.L. is as motivated and positive about his newest endeavor as he was about his time with the Celtics. As he said during his teary press conference announcing his retirement, he wanted to be remembered as a guy who "played with a lot of heart, who was always willing to do whatever he was asked."  You most definitely are M.L.