What the Hell Happened to...Chucky Atkins? 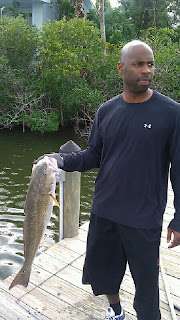 This week in What the Hell Happened To, we go back a short while, just to last decade, to remember the second-to-last starting point guard on a Celtics playoff team before Rajon Rondo arrived.  Yes, you most definitely remember Chucky Atkins.

Atkins definitely surprised me with his play in Orlando and Detroit.  When I first saw him play, I didn't know if he'd stick in the league.  But the Pistons in 2002 won over 50 games and he was their starting point guard for that team that bowed out in the second round to the Celtics.  He was a very solid three point shooter during his career and being under 6'0, and lasting for 11 seasons isn't a fluke.  He carved out a role and was able to persevere.

In case you forgot the Celtics were able to acquire him in the key 3-team-Rasheed Wallace trade of 2004, the one where Rasheed eventually ended up in Detroit helping to beat the Flakers in the Finals.  It's like Danny Ainge knew all along it would somehow help thwart lal's attempt at a title. 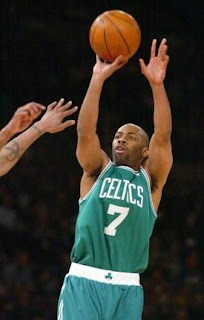 Chucky appeared in 24 games with the Celtics and started each one of them.  He was also on that '04 bunch that was swept mercilessly by the Pacers (to this day that was one of the most lopsided playoff matchups in NBA history I've ever seen).

But what about Chucky Atkins, the man?  Well here's what I've found out: 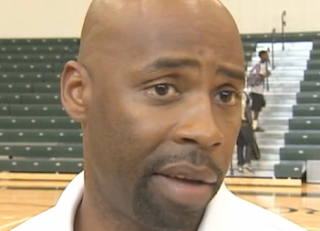 Recently Chucky was named the head coach for Evans High School in Orlando, Florida, which happened to be his alma mater (you can watch the video there since I wasn't able to embed it).  Good for Chucky although he may not be able to fish quite as much.  Just remember Chuck, good ol' Michael Stewart's relaxing in Windmere not doing much.  Maybe you could use a good assistant.

However as of June 5, 2013, Atkins has decided to leave one alma mater to head to another.  He's leaving the head coaching position at Evans High and moving onto becoming an assistant at the University of South Florida.  Celticslife wishes Chucky the best at his new job.

Lastly, there's a rapper that goes by the name of Chuckie Akenz.  But unlike Dontae' Jones, who actually raps, Chuckie is not our Chucky, but rather a Canadian-Vietnamese rapper.  Here's one of his videos: