The Cold Hard Truth about D-Howard to the Lakers 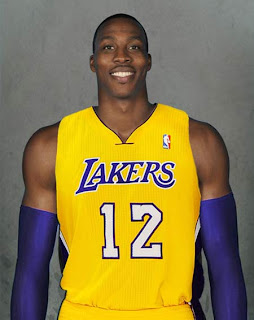 I've always been a glass half full type of guy. I like to think of the best that can happen in any given situation.  However, when I heard about the Dwight Howard trade to the Lakers last week, I couldn't think of anything positive about it. The Celtics have had a great off season. We've picked up some solid pieces and are considerably improved from last year. However, the Lakers picked up the best passer and rebounder in the NBA, and did it without losing much of anything. It makes me sick.

Say what you want about D-Howard being a cry baby or this or that, but he got the Magic to the Finals with Hedo Turkoglu as their second best player. People that say Bynum is better are kidding themselves. Dwight Howard was barely trying on the Magic and putting up 20-20 games with ease. I don't like the guy at all, but he is a straight up man child. Couple that with Nasty Nash( my favorite non Celtic in the league), and Kobe who we all know wants that 6th ring more than anything, and it's hard for me to imagine anyone else getting to the finals unless one of their stars gets injured for a long period of time.

I guess the silver lining in this, if there is any, is that it would be that much sweeter if we beat the Lakers this year. Dwight Howard has rapidly moved up my list of despised athletes with his antics these last two years and Kobe is just a horrendous human being so if the Celtics can somehow get to the Finals and beat them it would be the greatest sports moment of my life. I guess only time will tell, but Dwight Howard in a Lakers uniform has put a damper on an otherwise great Celtics off season.