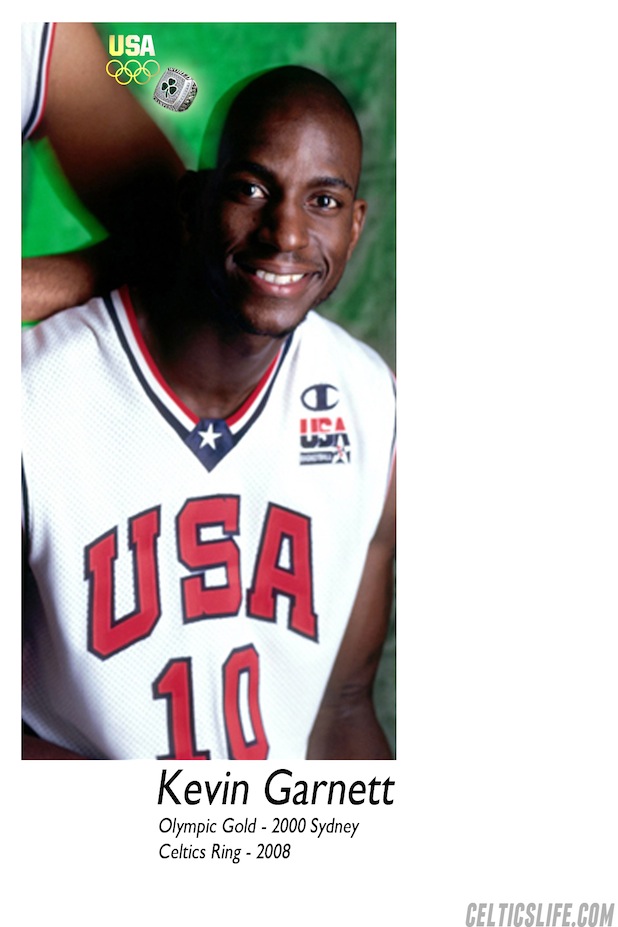 For our final Olympics/Champions gallery, we feature Kevin Garnett and Ray Allen. They were both in their athletic primes back in 2000 for the Sydney Olympics. The other member of the now defunct new Big 3, Paul Pierce, wasn't named to the 2000 team, but was on the 2002 World Championships roster, which was much less star studded and was the first time the U.S. sent pros and didn't win an international tournament. The U.S. would again come up short in the 2004 Olympics, which then led to a greater commitment from USA basketball to send the very best players for international competition. Well minus Rajon Rondo, who seems to have no interest in spending his Summers going for gold. 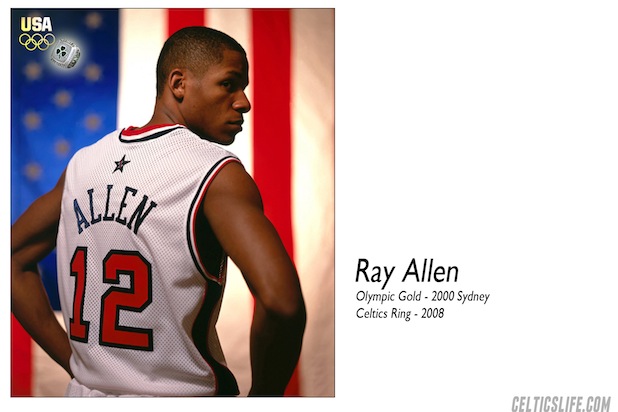