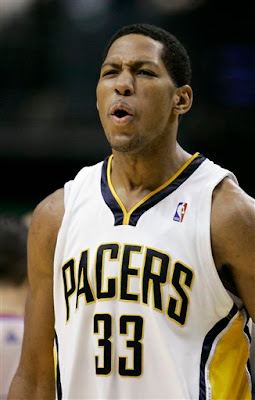 Ray Allen and Danny Granger haven’t had much in common throughout their NBA careers, other than an uncanny ability to occasionally get blistering hot as shooters and go on improbable scoring jags.

Now they share something else: A view that the Boston Celtics aren’t all that.

Brooklyn, Boston, New York and the Pacers are expected to be in the mix for seeds 2-4 in the East.

Granger believes they’ve got the second best team in the conference behind the Heat.

“It’s going to be tough,” he said. “Brooklyn, they are going to be a threat. Obviously Miami is going to be there, but I think we still view ourselves as a top-2 team in the East.”

Someone send this to KG for his bulletin board.