What the Hell Happened to...Darren Morningstar?

It was a long time coming.  I hadn't written a What The Hell Happened To in quite some time.  I had writer's block.  A lack of up-to-date information on former Celtics.  So I've decided to make a special exception for a guy that was ready to "rock and roll in Boston."  That's what he said draft night himself.  That man is none other than Darren Morningstar.
Yep you remember the night of the draft back in 1992.  Shaq was picked first.  The Celts picked Jon Barry in the first round.  And in the second round it was Darren Morningstar.  He came out from the stands, long sideburns, overly-enthusiastic.  Darren had made the short drive to Portland from his home in Stevenson, WA.  He looked like a tiger that just had the cage door lifted.  He was young, wet-behind-the-ears, and ready to scrap for the Boston Celtics.  He liked babbling.


Then I saw him play in the NY summer league in July.  He was slow, awkward, couldn't jump and didn't move real well (sort of a foreshadowing for me of Jurassic Park Earl).

I didn't know a single thing about Darren Morningstar but I did see him play on the Celtics' summer league team.  He was pretty lousy.  Joe Wolf, Brian Quinnett and Walter Berry were all on that Celtics' summer league team and all played better than Morningstar.  From all accounts Darren was a happy go-lucky kinda guy.  As former Celtic coach Chris Ford said at the time:


He's got an awful lot to learn.  But the thing about Darren is that he's got great enthusiasm.  He gives his best effort every time out.  As Red Auerbach likes to say, he's an instigator rather than a retaliator.

Darren knew he was meant to be a Celtic though


I was meant to be a Celtic.  I play hard, I like the team concept and I like to be associated with quality people.  That's what this organization is all about. 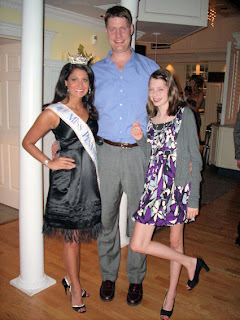 [Sort of puts into context Fab Melo's recent tweet about being a Celtic and how it sounds nice but doesn't always come to fruition].

But he never played a game for the Celtics.  Instead he was waived on November 2, 1992.  To Darren's credit he did play the following season for the Mavericks and Jazz.

After retiring from basketball, Darren gave a shot at coaching in the USBL for the Florida Windjammers in 2003.  Today Darren works for Morgan Stanley as a Financial Advisor.  They are called the Lamberson Morningstar Group at Morgan Stanley Smith Barney.  You can email him at Darren.Morningstar@morganstanleysmithbarney.com.

So I broke my rule for What the Hell Happened To.  The prerequisite is that the guy had to play in at least one regular season game for the Celtics in order to qualify for this segment.  But I was chomping at the bit, eager like a beaver to post a WTHHT.  So I end this with a poll and leave the choice of whether Darren Morningstar should make the WTHHT Index in the hands of our loyal readers (poll is only live for one month so vote now!)