Post your thoughts on the Celtics Summer League performance 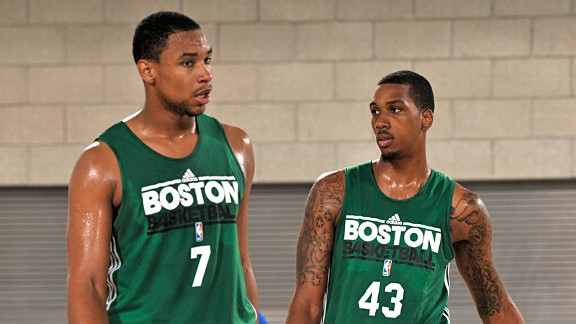 I haven't been able to watch all the games myself, so I don't feel that comfortable posting evaluations on all of the players. But from what I've seen so far I've been impressed by a few guys. I'd predicted that Jared Sullinger would be a rotation player for the Celtics in his rookie season and his play this week only reinforces that prediction. He's a baller. Plain and simple. When a guy who should have been a lottery pick falls into the 20's you grab him.
The other guy I've been impressed with is Kris Joseph. I feel like he could be a pocket version of Paul Pierce, or "Pocket Pierce" if you will (If you 'will not,' I don't blame you). Wouldn't it be awesome for Joseph if there was a player like Pierce on the team that drafted him?
So what are your thoughts and observations on all the Summer League guys (so far)? Who do you like and who has looked lousy? Christmas, Gibson, Williams, JJJ, Moore, Melo... who's a keeper?