In All Seriousness, Could Greg Stiemsma Help Team USA? 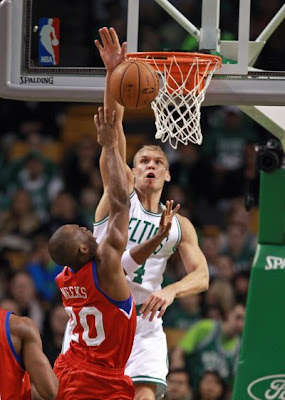 By now you have probably heard the news, but in case you live in a green bubble like I sometimes do, Anthony Davis suffered a sprained ankle working out in New Orleans yesterday.

The No. 1 pick of the 2012 NBA draft may be forced out of the Olympics because of this. If the ankle is as bad as Adrian Wojnarowski first reported, the former Kentucky star may join LaMarcus Aldridge, Dwight Howard, Chris Bosh, Dwayne Wade and the rest of us rooting Team USA on from this side of the Atlantic.

In that event, the already small American team will be even thinner on the front line. This is a position of the utmost importance when battling big teams like Spain and Brazil.

In terms of bigs who will be competing for the United States, the list is slim. With Howard injured and Andrew Bynum declining an invite, Tyson Chandler would figure to be the starter at the five.

Behind him there stands a series of fours who could masquerade as a five. Kevin Love and Blake Griffin stand at 6'10" but played power forward on their NBA teams. Other possible invites include Al Jefferson, DeMarcus Cousins and Greg Monroe.


In early June, Greg Stiemsma joined the Select Team which would train against Team USA in preparation for the London Games. With the Uni-blocker out, America may need Goldi-blocks. Could this bloom into a bigger role with the team in light of all these injuries?

The chances are that Cousins, Monroe or Jefferson would have their number called before Stiemsma, but would that be the smartest decision for the team?

Al Jefferson has not changed a whole lot since we last saw him on a regular basis in Boston. He is a dynamically talented offensive player. He has the ability to drop 20-plus whenever he wants with a flurry of post moves that would make the most ardent big man critic swoon. Scoring will not be an issue for this team, though. Their backup center needs to bring something else to the table.

The issue with Big Al is his defense which has not improved much in his eight years in the NBA. Jefferson is a heavy, plodding player who has trouble in transition and dealing with pick and rolls on the defensive end. This is something that won't fly in international play. Big men need to be quick and agile in the paint and be able to follow their man to the perimeter with decent consistency. 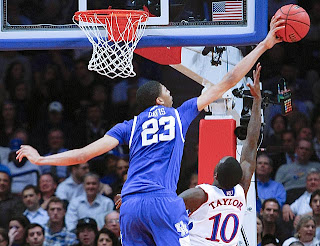 DeMarcus Cousins is a lot like Jefferson, but considerably more athletic. There are definitely maturity issues which arise with Cousins. He has a definite desire to be the alpha-dog no matter what the situation calls for.

On a team with LeBron James, Kobe Bryant, Carmelo Anthony and Kevin Durant, that simply isn't going to work out. As Team USA learned most recently with their third place finish at the 2004 Olympics, you must play as a team in these games.

Greg Monroe is a very young center for the Detroit Pistons. Once again, he is a talented offensive player but is a far cry from the shot blocker that Team USA could use for spurts. Monroe amassed only 45 blocks last season while playing 28 minutes per game in 80 games.

Greg Stiemsma has definite qualities that can help Team USA in areas they may have holes. Stiemsma is not an alpha-dog and does not demand the ball in any circumstance. However, as he showed with the Celtics last season, he has the ability to knock down open 15-footers. He also proved that he has solid hands in traffic, catching a variety of difficult passes from Rajon Rondo in the paint. 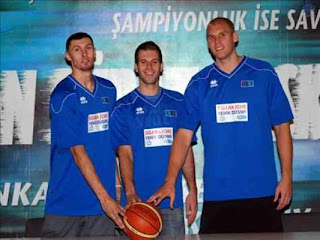 Unlike most of the young players on Team USA's roster, Stiemsma also has a decent amount of international experience. This is very important to keep in mind, especially for big men. The international game is vastly different from the NBA, particularly in how centers play the game.

Outside of Chandler, there are not many shot blocking threats in the front court for Team USA. Love, who may spend time at the five, blocked only .5 shots per game last season. When the alley-oop highlight reel ends, Griffin is a flawed defensive player, even if he has the European flopping skill down pat. He only amassed just .7 blocks per game, while playing 38 minutes a night.

Anthony is a sieve defensively and James will be chasing around the quick foreign guards and forwards.

Stiemsma's per-48 minute numbers are off the charts. More than five blocks per game to go along with 10 points and 11 boards.

When Chandler needs a breather, there may be no better option than Stiemsma to step in and help protect the rim. Will the powers that be realize that?