What the Hell Happened to...Jim Paxson? 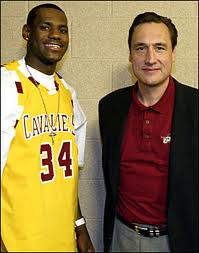 "The Teammate Who Blasted Larry Bird."

I was convinced he was the missing piece in 1988.  I was elated when the Celtics were able to acquire him and knew he'd push them over the top.  His brother John should not be the more memorable of the two but happens to be so, since he teamed with MJ for 3 titles with the Bulls in the early 90s.  He shouldn't be remembered as "The Teammate Who Blasted Larry Bird," but you better believe his Boston legacy is in fact that.  This week in What the Hell Happened To, you may remember Jim Paxson.


The waitress wondered, would they introduce her to Jimmy Paxson, the team's first-round draft choice?  She had seen his picture and he looked cute.  Was he as cute as his photo?  Indeed, Paxson, who was white, looked like the star of a new television sitcom about a healthy happy-go-lucky midwestern college student who was always trying to borrow his parents' car and getting into trouble, but the kind of trouble that is easily rectified. (That is, no hard drugs).

That is straight from David Halberstam's outstanding read, The Breaks of the Game, which focuses on the 1980 Portland Trail Blazers.  If only yours truly had read that before making my opinion at the tender age of 9, maybe I wouldn't have mistaken Paxson as the "missing piece." 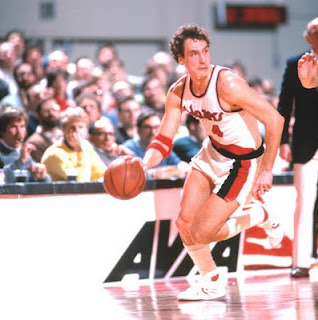 Jim made an All NBA second team with Portland in 1984 so I knew he could play.  [To put into perspective how much of an accomplishment this is, Ray Allen, Paul Pierce and Rajon Rondo combined have made 2 All NBA second teams (Ray in 2005 and Paul in 2009); none has ever made a first.]  Jim also made 2 All Star Teams in 1983 and 1984.

The Celtics had had their eye on Paxson for awhile.  The bait would be Jerry Sichting, who was shipped to Portland for Paxson in February of 1988.

The beef between Paxson and Bird began early in the 1989-90 season when coach Jimmy Rodgers implemented the "spread-the-wealth-offense" that wound up working well for Chris Ford in 91 but not well for Rodgers.  It was meant to reduce the dependence on Bird.  And it wasn't long before Larry began to sulk a bit and make negative comments about his reduced role.  Several of the Celtics believed Bird tried to do too much when he got the ball.  Remember Larry was coming off the surgery in 1989 that caused him to miss all but 6 games.  By mid-December of that season reports came about that a couple of Celtics claimed he was tearing the team apart.  Bird lashed back:


"The one thing that bothered me...is that they don't have enough guts to stand up and put their name next to it, as having said it.  And to me, that's a yellow streak down their back.  That's the way I've always perceived it, and I know who said it, so I just look at it and say "Hey, they've always been quitters, they've always had no heart, and it's the same now."

Paxson vowed he never made the comments and told Bird the same thing:


"(Larry) he seemed to accept it at the time but I don't know what happened after that.  What bothered me is that I was never vindicated.  I felt more let down by the coaching staff than anything else.  No one wanted to talk about it.  No one wanted to do anything to clear my name.  I was benched and didn't play much after that because, I guess, the coaching staff didn't want the situation to get to Larry.  The funny thing is, I never felt the situation with Larry and me was that bad, certainly not when we were on the floor together.


Paxson never denied that him and Bird were never close but he did have two theories about why Bird may have ostracized him:


There are friendship cliques on every team, and the Celtics definitely have them.  Larry and Kevin have a mutual respect for each other--they really do--but they're so very, very different.  And usually guys who were close friends were Kevin, like I was, weren't also close with Larry.  I think I got pulled into that.

Jim also believed that Bird could never truly respect someone he hadn't won a title with.  Paxson's 2 and a half years in Boston, were probably Larry's most frustrating time as a Celtic.

The team announced on October 6th of 1990 that Paxson would not return however he would technically be on the roster until December 6th of 1990, being on the suspended list since the start of the season.  When his rights were officially renounced Paxson made this comment:

"Playing for the Boston Celtics was and is the ultimate dream of any basketball player.  I not only played alongside players with unique talent, but made a lot of friends along the way.  I am now looking forward to new career challenges."


So did Paxson talk badly about Larry behind his back?  Could someone have the balls to do that, to one of the 5 greatest players of all time?  The answer will never be clear.  But one thing is for sure: as a 9 year old, I was dead wrong on Jim Paxson being the missing piece the Celtics needed to get over the top back in 1988.  Paxson really brought nothing to the team that Ainge or Lewis or eventually even Gamble did.  He didn't display the tenacity that made him an All-Star earlier in his career.  And he couldn't seem to gain the trust of the most important Celtic, Bird.

As I stated earlier comparing Jim to his younger brother John, really is a disservice to how good of a ball player Jim was.  Jim was 6'6, John 6'2.  But yet it was John, draining jumper after jumper in 91 for the Bulls in the Finals vs lal and the dagger 3 in Game 6 vs Phoenix in 1993, that is generally more well remembered.  The two of them even shot a commercial together, which you may or may not remember:


Jim served as the President of Basketball Operations for the Cavs from 1998-2005, hence he was onboard when they drafted LeBron James.  Today, Jim works for younger brother John for the Bulls as the Director of Basketball Operations.  He seems to reside in Paradise Valley, AZ though.  His main tasks are "Primary focus on NBA Pro Personnel. Secondary focus West coast college draft scouting and NBA minor league responsibility."  Just don't expect Jim to cross paths with the Executive of the Year anytime soon.