What the Hell Happened to...Charles Smith?

Not to be confused with his namesake, this week in WTHHT, we remember the only Charles Smith Celtics fans care about, Charles Edward Smith the IV.


Although it's not quite as robust as Junior Burrough's basketball odyssey, Charles had a pretty impressive one himself: 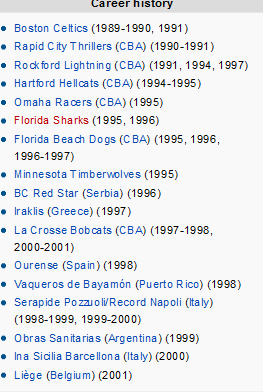 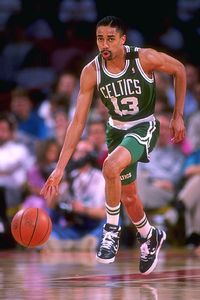 When he played for the Celtics I thought he was known as "Charlie Smith."  And I always thought that was a result of the other Charles Smith, the one who couldn't make a layup in a really big moment.  I actually remember him better on Georgetown then on the C's, since I'd actually see some of their games.  He was exceptionally quick, with a suspect jumper.  His making the 1988 Bronze-winning Olympic Team was because he was buddy-buddy with Coach Thompson.

Unfortunately the most recent news on Charles isn't good: he was shot at his home in the Fairwood section of Bowie, MD.  Police found large amounts of cocaine and an alleged "gambling operation."  Prior to that Charles had been a part-time bartender for 4 years at My Place Bar in Mitchelville, MD, where the owner called him "happy and go-lucky and popular with patrons."  There's not anymore recent news on what's resulted from the shooting. 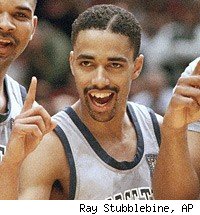