The Celtics ushered in the Pierce, Garnett, Allen era with a trip to Europe and participation in the NBA Europe Live games in 2007.  Doc and all of the players loved the trip and the bonding opportunities that it afforded to the team.  Now, in what may be the first post Pierce, Garnett and Allen season,  the Celtics will be returning to Europe for another bonding experience. 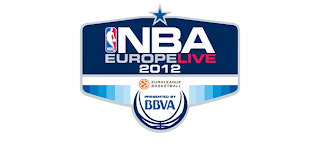 Joining the 17 time champs will be the 1 time champion Mavericks along with Fenerbahce Ulker Istanbul, Alba Berlin, and EA7 Emporio Armani. Games will be played in Istanbul, Berlin,  Milan. and Spain.

The four-game tour tips off on Oct. 5 when the Celtics will play five-time Turkish Champions Fenerbahce Ulker Istanbul at the Ulker Sports Arena in Istanbul, Turkey. Dirk Nowitski will have a homecoming at the O2 World in Berlin, Germany as his 2011 NBA Champion Dallas Mavericks will take on eight-time German Champions Alba Berlin on Oct. 6. Next they travel to Milan, Italy, where 25-time Italian Champions EA7 Emporio Armani will play the Celtics at the Mediolanum Forum on Oct.7. The Mavericks will play an additional game in Spain with details still to be announced.

The Celtics are sure to have several new faces on the team with the emphasis on youth it would seem and this will be a great opportunity for them to bond with the old guys assuming that any of the old guys come back.  Maybe the chance to start off another championship run with a trip to Europe will bring back fond memories for KG and Ray and they'll keep the old band together for one more run for old times sake.