The Celtics take a look at Joey Dorsey 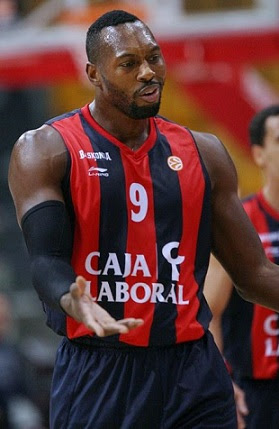 According to some reports from the Greek press, Joey Dorsey has had a workout with the Celtics. The athletic power forward was drafted by the Blazers with the 33rd pick back in 2008 and since then he has been traded twice, got some quality minutes for the Raptors last year and finally left for Europe this fall due to the lockout. He won the Euroleague with Olympiacos recently after playing a short stint with Caja Laboral Vitoria in Spain.

Dorsey is a very strong forward, with an ability to play in the middle, get some dunks and rebound with ease.

At the age of 28 and with some good experience in Europe, he may be a low risk, high reward option for the Celtics and he is definitely worth the chance. I am not surprised that Danny has had a workout with him because this is the kind of player we need to improve our bench.