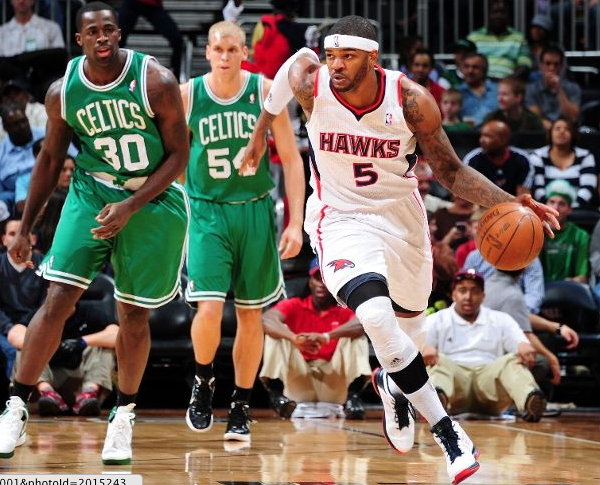 The Avery Bradley led Celtics gave the Atlanta Hawks a game, losing 97-92. Bradley led Boston with 28 points as everyone got playing time including newcomer Sean Williams, who got three minutes. It is impressive that the team, with Rondo, Pierce, Allen and Garnett, played with pride and kept in the game. Avery set the tempo for this game and almost got away with a win.

Joe Johnson and Josh Smith carried the Hawks in this game that almost got away from them. They would like to get home court in the first round, which will most likely be against your beloved Boston Celtics. This game was a win-win for Boston because their bench got playing time and their starters got rest. The bench will now have confidence against Atlanta in the first round.

I apologize for the short post but talking at lengths about Keyon Dooling and Ryan Hollins was not on my agenda tonight. However, Avery Bradley is a beast. Pay the man. 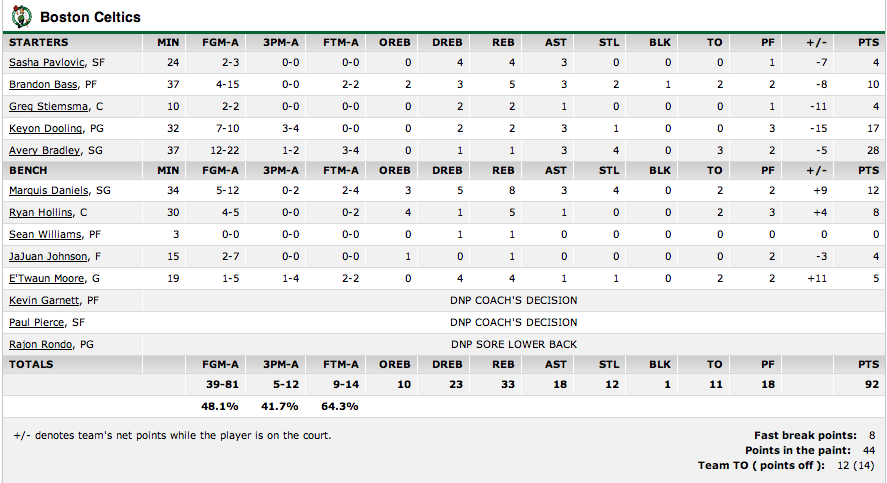 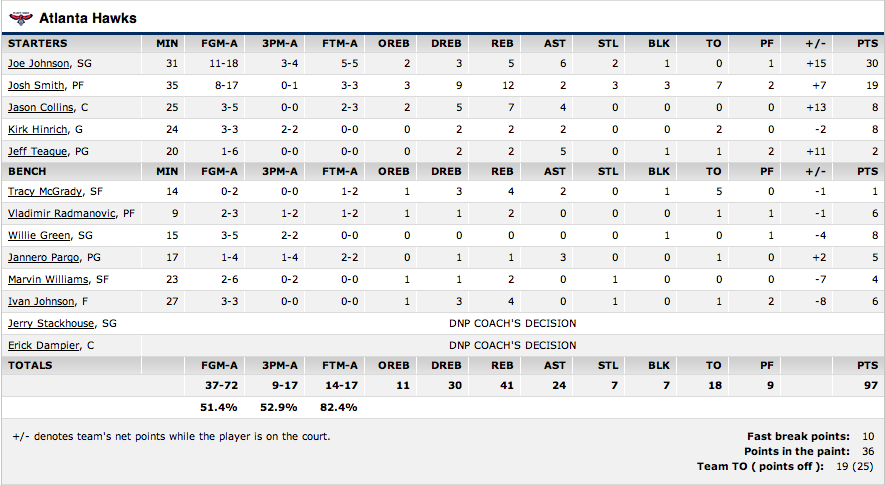