Celtics adding another assistant coach for the playoffs? 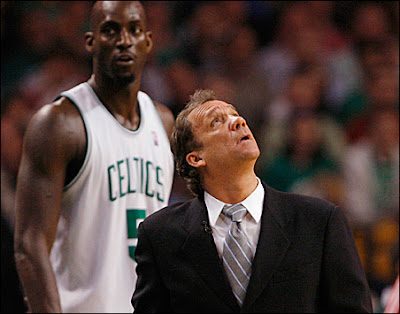 
The Boston Celtics will have an additional guest with them for their playoff series against Atlanta - Flip Saunders.

The former Washington Wizards coach, who also coached Kevin Garnett for a number of years in Minnesota, will be traveling with the team when they face the Atlanta Hawks in their first-round playoff series that will begin on Sunday in Atlanta.

More than anything, Saunders will be a consultant to the coaching staff, providing insight that could prove extremely beneficial in what may be a tougher playoff series than most might anticipate.

And despite his struggles in Washington that ultimately led to him being fired, Saunders is still considered one of the better offensive minds in the NBA.

Sure why not Flip. Can't hurt. Will you be staying with us all 4 rounds?