What the Hell Happened to...Tracy Jackson? 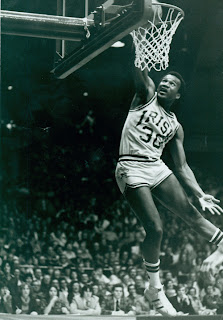 This week in What the Hell Happened to, we go back a short distance, to the 1980s and remember Tracy Jackson.

After making the McDonald's All American Game in 1977, Tracy went on to play for Notre Dame.  He had been heavily recruited heading into college.  With the Fighting Irish, Tracy teamed up with future NBA players Orlando Woolridge, Kelly Tripuka and John Paxson.  In 1978 Notre Dame made the Final Four and in '79, they made the Great Eight.

After his senior season in 1981, Jackson would be drafted by the Celtics with the 25th overall pick.  However after only 11 games, Tracy would be sold to the Chicago Bulls in December of 1981. [Tangent time: It used to be pretty funny when guys would get sold.  If being sold was still part of NBA basketball today, maybe I wouldn't feel so bad when the Buffoon traded sold Gasol to the Flakers.  See if he were actually sold, as much as it would've sucked, at least it would've made more sense.  It's embarrassing that the other components of that trade were even included.  And I want to hear nothing about Marc Gasol making this year's All Star Team.  The Lakers went to 3 finals, won two, and have as good a chance of anyone at coming out of the West again this year due to Gasol.  Let me know when Marc Gasol is a top 10 NBA player and is the second best player on a team that makes 3 straight Finals appearances.] 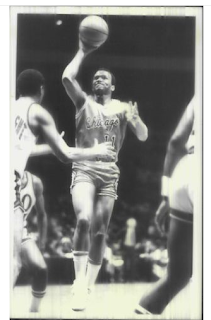 I never got to see Tracy play, but his size and skillset would've made me think of Charles Bradley.  Both were selected the same draft just 2 picks apart, even though Tracy was a 2nd round pick and Charles was a first.  Both seemed to be athletic guards able to play both the point and the two.  Maybe the Celtics were hoping one stuck like when they drafted JR Giddens and acquired Bill Walker, or when the 1996 Knicks selected John Wallace, Walter McCarty and Dontae' Jones, all pretty much small forwards.

But in actuality this would've been incorrect.  Unlike Charles Bradley (who seems more like Avery Bradley), Tracy Jackson could shoot.  Take it from head coach Bill Fitch after the draft:


"He's a pure shooter," submitted Fitch. "He plays tough, and when he was out of the lineup they were affected greatly. He didn't play the last 2:51 of the Brigham Young game, and that was as much a reason why they lost as Ainge's coast-to-coast drive."

In hindsight that draft is funny: they drafted Bradley, Jackson and Danny Ainge, and it was only Ainge that had a lasting impact on the Celtics and the NBA.  Tracy would play 1.5 seasons with the Bulls and then 2 games with the Pacers in 1984.  That wrapped up his NBA career.

Upon retirement from professional basketball, Jackson was elected to a position on Notre Dame's board of trustees, one of the youngest members ever to serve in that capacity.  His college degree was in Economics and Education.  For the second time in as many articles, Tracy is involved in insurance. Today he is an agent for MPS Insurance Group, back home in Maryland where he specializes in life insurance.  He lives with his wife Tracy (that's got to be a typo; no way him and his wife are both named Tracy Jackson lol).

Although he keeps busy with his business and leading a men's Bible study at Celebration Church in Columbia, Md., Jackson still finds a little time to lace up his sneakers.


"My wife and kids hear people talk about my career and they say, `You did that?'" laughs Jackson. "But I keep my shoes in my trunk - I don't leave home without them."

Maybe he'll be like Em Bryant and be lacing them up for the 70-year-old-and-up league one day.