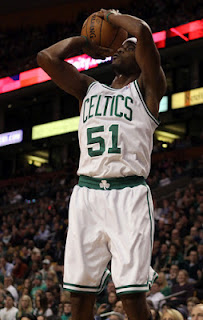 
Dooling is confident he can aid this team's playoff quest and he's trying to prove it with his recent play.


"Obviously when you come back from injury and don't feel great, you have to earn the trust of the coach," he said. "I think Doc is really starting to trust me, and I'm starting to kinda feel what he wants from me when I'm on the court. ... Now I'm just trying to find and build my role on this team."


Dooling is aware the stats aren't very glitzy. Offensively, he's averaging a mere 0.81 points per play this season, which puts him in just the 27th percentile among all NBA players, according to Synergy Sports data. He's actually thrived in the midrange, shooting 50 percent from 16 feet to 23 feet, according to HoopData, but has struggled elsewhere.


Lately, he's made his biggest strides on defense. His numbers remain troubling -- he's allowed 0.879 points per play, ranking him in the 37th percentile -- but he's moving in the right direction. And Rivers has taken notice.


"Keyon, he's just coming on," said Rivers. "We don't want to forget how much he's been injured, and now he's starting to come on. You can see it a little bit and it's nice to see him make shots."


The coach has confidence in him at the moment. It's up to Dooling to maintain it.

Forsberg makes a case for Dooling but given the comments on our posts and conversations in the shoutbox, I think its safe to say most Celtics fans would disagree with him.


Still, I think Dooling is going to have to be a key player if the Celtics are going to make a serious run this year. You've seen in games sometimes that the veteran can get hot (obviously, he's cold far more often though) and that's something the Celtics desperately need off of the bench.

For any Bill Simmons fans, Keyon Dooling could be "the irrational confidence" guy for Boston. Every championship teams need one of those (see Jason Terry last year) and Dooling would seem to fit that bill.

How much faith do you have left in Dooling? Can he become a big contributor to this team come playoff time?