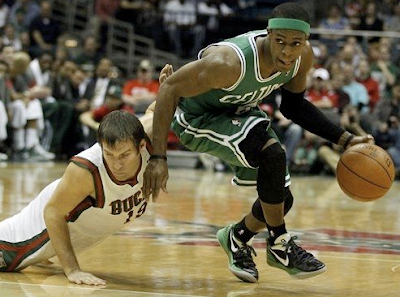 Coming together at the right time heading towards the playoffs is what this Celtics team is doing.  They had another victory on the road against a good Milwaukee Bucks team, who won their previous six.  Boston handled their business with a 100-91 win to improve to 4-3 on this road trip.

In the first half, we got to see a high pace game, which we are used to seeing with the old days with Monta Ellis on the Warriors.  Both teams scored close to 60 points, while taking close to 50 shot attempts.  Sustaining this was going to be hard for the Celtics, who were trailing by 2 heading into half time.
Paul Pierce carried this team offensively with a quiet 25 points on 14 shots with only three free throw attempts.  The Celtics bench was able to out perform the Bucks bench, which helped continue the great defensive play by the team.  Doc’s rotations have been on point as of late, especially since he moved to a 9 man rotation.
Avery Bradley’s defensive pressure in the second half slowed the pace for the Bucks.  His ability to bother Monta Ellis into contested shots left Milwaukee searching for answers.  When Monta was forcing shots, the offense of the Bucks stopped.  They were averaging 36 assists per game in their winning streak, only having 23 tonight. Bradley and company held the high scorer Ellis to only 6 of 18 in shooting.
The Bucks offense lost their ball movement in the second half scoring only 33 points compared to the 58 they had in the first half. Scott Skiles waived the white flag with a minute and a half remaining in the fourth after the Celtics suffocated the Bucks offense in the second half.  Boston had 13 steals and 11 blocks in this game.
The second half adjustments made by the coaching staff and players is a sign that they are coming together for a run.  The Bucks ran out on the Celtics in the first half but were stopped in the second half.  Boston jumped the passing lanes, boxed out as a team and pushed the tempo on every turnover.
Looking ahead is always dangerous because a bigger game comes tomorrow night against the 76ers to finish this road trip.  Another example that this Celtic team is focused on the big picture while taking care of the small details.  The emergence of Kevin Garnett at the center position has allowed the Celtics to keep their defensive ability while opening their offense up.  They still need to attack the basket more but Paul Pierce will continue to do that when two points are needed. 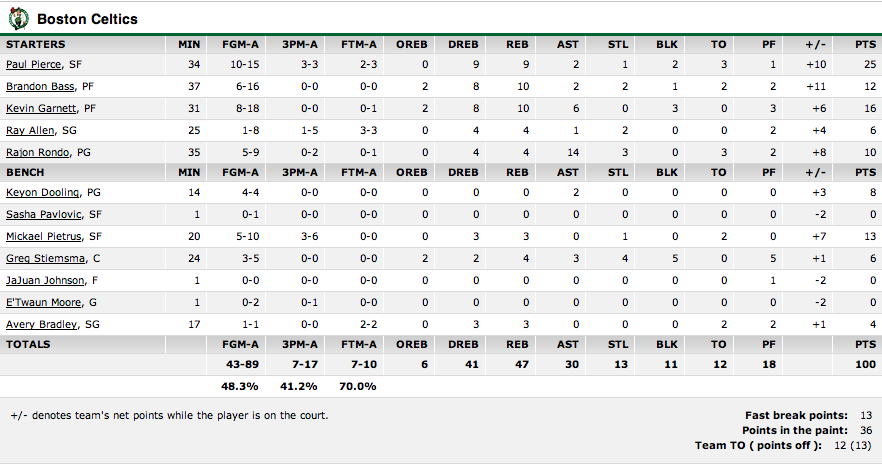 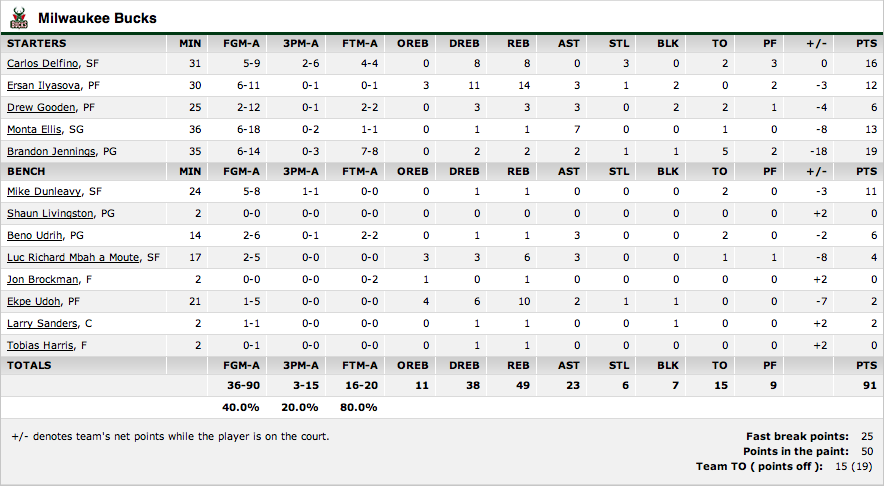