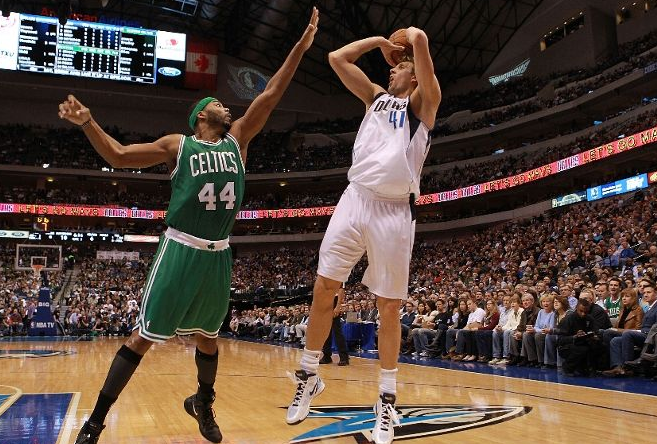 Moving on from the Big Three era might be the Celtics only choice.
They have now lost four in a row and dropped six of their last seven.  The World Champion Dallas Mavericks handled the struggling Celtics easily with a 89-73 victory at the American Airlines Arena.  This puts Boston under .500 again.
Rajon Rondo did not play tonight as he was issued a two game suspension for the incident last night against the Detroit Pistons.  Rajon threw the basketball at the official after receiving a technical foul and was ejected.
The offense was horrible outside of Avery Bradley early on to start the game.  Paul Pierce and Ray Allen need to assert themselves in order for this team to have any success offensively.  Luckily they were able to escape the quarter only trailing by five points.
Nothing changed in the second quarter with Dallas pushing the lead to ten points to end the first half.  Dallas out rebounded 28-17 and took more shots.  The Celtics continued their lackluster offensive performance with 34 first half points.  This offense has struggled as of late without Kevin Garnett who is excellent at setting screens.

Dirk Nowitzki poured it on with 21 points and 10 rebounds in the first half.  No one has been able to successfully defend his fade away jumper on the left side of the basket.  Allowing Dirk 10 first half rebounds shows the Celtics inability to rebound where they rank dead last.
The lack of offense has become tiresome with their third straight quarter in this game scoring under 20 points.  Dallas has pushed the lead to 17 after three quarter.  The Mavericks have consistently outplayed them as they have now lost Jermaine O’Neal and Chris Wilcox to injury.  They will join Kevin Garnett, Rajon Rondo and Brandon Bass on the Celtics inactive list for the rest of this game.
Missing Kevin Garnett is the main key.  He might be the most important Celtics because he sets the tone defensively but is also a main factor in their offensive movement.  Mickael Pietrus has gone cold during this slide for the Celtics.  It is hard to expect the to win this game given all the circumstances.
Doc waived the white flag in this game early.  At least give the bench some time to develop and learn the flow of an NBA game.  It is very clear that Danny Ainge is not sold with this roster.  I understand that if any team missed 2 of their best defenders, who happen to be all stars as well, they would not have much success.
The absence of Brandon Bass has but a damper on the Celtics bench as they have played poorly without their sixth man.  The Celtics just don’t seem to have it or care to have it.  Often the body language tells you all you need to know.  The players don’t believe in this team right now. 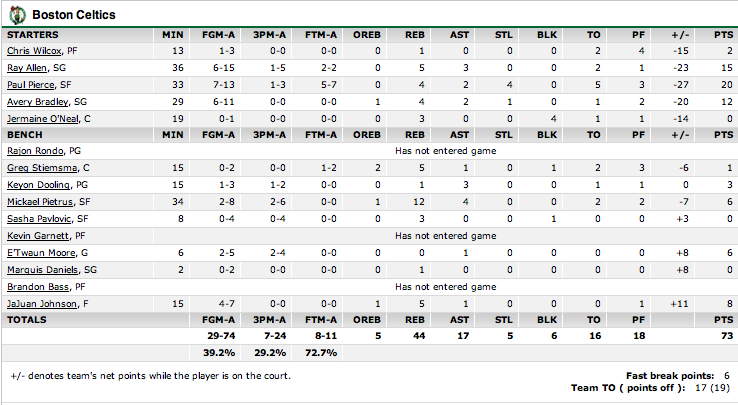 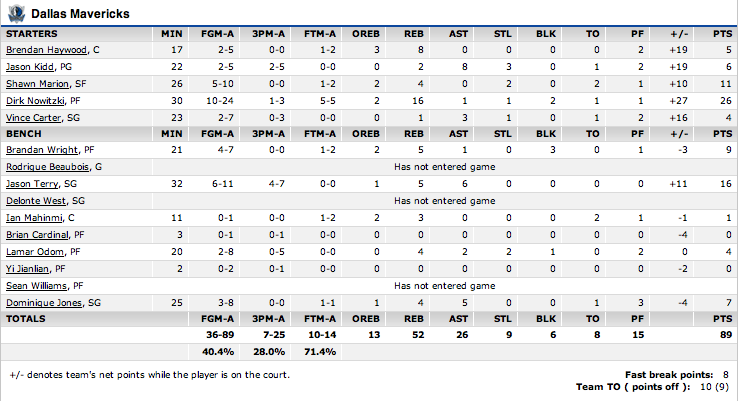