Time to Say Goodbye (With Tears and Gratitude) 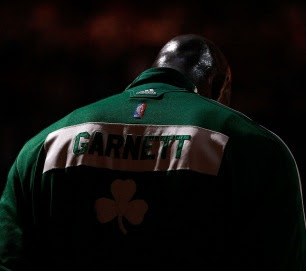 Unfortunately, the time has come. The window has been shut and a cycle has come to an end.

Don't get me wrong, you will find it difficult to read from a more romantic and nostalgic Celtic fan: my dream has always been to let the Big Three retire in Boston. It would be beautiful and it would add to our rich tradition as a franchise.

That said, I don't think these players deserve that fate. The current state of the team is hurting their legacy as players. We all want to remember them as winners, not as veterans struggling to start games and finish them due to age.

Let's get this clear first: it is nobody's fault. Age doesn't forget nor forgive anyone. And it's been a wild ride and worth it every single minute.

Keep this in mind: Kevin Garnett, Jerry Stackhouse and Kurt Thomas are the only players remaining for those drafted in 1995. Thomas has been a walking corpse for the last five years, not that we was ever particularly brilliant. Nobody remembers where Stackhouse plays any more. Who else was part of the same generation of players? Joe Smith -that year's first pick- has sucked his way out of the league since he did a decent back up role for the Cavs in 2008. Rasheed Wallace has been retired for two years, unable to give some lift to those legs. Theo Ratliff?? Please. KG has had an amazing career and considering how long he has been in the league and the kind of effort he has given every game he is still an incredible player. My favourite Celtic since Larry Bird retired

Ray Allen has had an amazing career and will continue to shoot and score three pointers for as long as he is alive. Unfortunately he can't keep the same level in D. It would be ideal to keep Ray as a role player in the future but we also know that his value in a trade is really high.

As for Pierce, it is difficult to sum up in some lines the magnitude of his legend as a Celtics player. But if you want to build for the future, you need to try and trade him. His contract still runs for two more years after this, and besides, he has always stated he doesn't want to play here once the rest of the Big Three leaves.

It hurts to even write this but for the benefit of all, and particularly in order to give a well deserved ending to their brilliant careers, it would be wise and fair to let the Big Three retire in better circumstances. Far from the criticism and in different exigences as the ones they have had in their magical years as Celtics.

What I will try to present now is different scenarios in which the Celtics could build a young and promising future around Rajon Rondo. Some of these ideas may be more likely than others, and you will like some more than others but I am just writing about different roads the team can take in order to start over again. 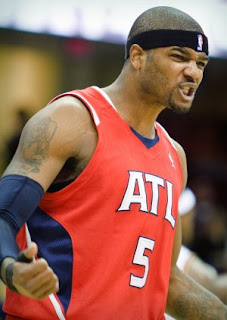 It has been widely discussed in this blog that Smith would be an excellent fit for a running style Celtics team. Currently Rondo starts running to have to slow down right away because there is no one else to pass the ball to in transition. How many times has he tried to connect with KG in the fast break this season? When he did forget about KG's physical struggles it was painful to watch the result.

Smith is young, athletic and has a longtime friendship with our leader. Atlanta is having a very decent season, which would make it tougher to lure him out of there. Ray for Josh straight away works, as it does to send Garnett for a package of Smith and Hinrich. 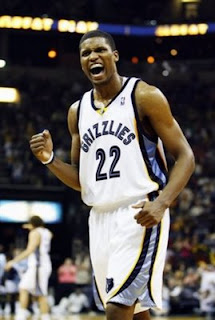 Rudy Gay is a very young and athletic forward who happens to also be very good friends with Rondo. Before his injury he was the leader for a Memphis franchise who struggled to find its identity. During his absence last year, the Grizzlies forged an identity that made his status in the team vary drastically.


Gay's game would excel again in Boston with Rondo and Smith. The kid can play and he will be a career starter in this team. The Grizzlies only lack a veteran to become a contender and adding Paul Pierce would guarantee that. It would be a win-win situation for both teams and Paul would be traded to a team with options in the Western Conference.

3. Trade for DeMarcus Cousins and young blood from Sacramento 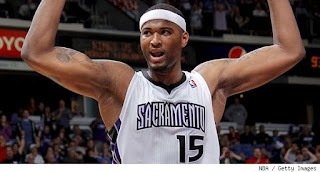 The Kings are really underachieving this season and they need to add some veterans to start finding an identity. Ainge has often traded with Sacramento (he was also traded there from Boston as a player). We need a young center, and they are quite rare specimens out there who fill those descriptions. Cousins is a headcase that needs a teacher as Doc Rivers. With good guidance and in a new environment he can redirect his NBA career.


Trading Ray Allen to Sactown for Cousins and Jason Thompson would net us two young and quality bigs. Another pieces may fall in an extended trade with them. Tyreke Evans hasn't really fitted there either and he could also be a good piece in the Celtics future.

4. Trade for Michael Beasley and young blood from Minnesota 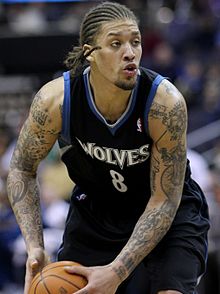 I know what you are thinking. Nuts. Beasley is another headcase, and he may not be worth the effort but he is a really talented young player. The Wolves want to get rid of him for a reason, but we could really use him in Boston. Doc would have a tough work ahead but we would be very athletic at the wing position.

We could trade Ray Allen for a package of Beasley and Ridnour (who is in the trading block after Rubio's wonderful season).

Last night there was an unsubstantiated rumor of Ray to the Wolves for Wesley Johnson and Luke Ridnour. Obviously it didn't go through but an exchange of players between these teams would largely benefit both squads. Some need vets, others need young legs.

Trading KG to Minnesota would be nice for history, but very unlikely to happen since the Wolves have very low salaries in their roster. Besides, Garnett should retire in a better team.

(While writing this I am starting to feel sick and depressed about the whole thing. I wish we could find some fountain of youth for KG...)


Trade for young blood in Utah 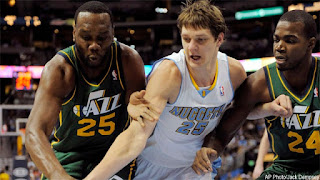 The Jazz needs some veteran help and we could certainly use a hard nosed player as Paul Millsap, Derrick Favors or old friend Big Al Jefferson. Sending Ray for Millsup works right away, and other combinations could be managed. We could also send Paul Pierce for Al Jefferson or Pierce for Favors and Millsap. Multiple ways to start a new era in Boston.

Not the most suitable or dream like scenario, but Utah could be a likely partner in the next months. 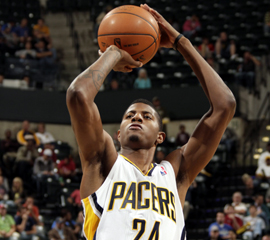 Indiana has been rumored as a destination for Paul Pierce. I am certain Bird would deal Granger for Paul in a heartbeat, but I don't think Danny would be interested. Granger is good player but I am not sure he is what we need. Other pieces would need to be added in order to make a deal work with these names. We could certainly use guys as Tyler Hansbrough in our rebounding anemic squad. A player I am intrigued with is Paul George.

Dealing with the Devil himself: Trading for Pau Gasol or Andrew Bynum 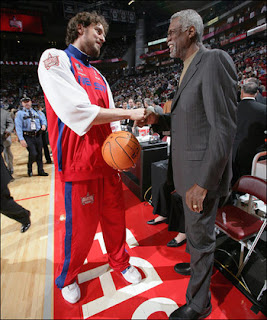 This is a scary way to go ahead. A trade with the Lakers actually makes a lot of sense in the business side. Both teams are old and need a shake up. The Lakers chemistry is broken after Odom's departure and Gasol's failed trade to Houston.

Pierce in gold and purple would be a nightmare, but it would make sense for both teams unfortunately. Getting Gasol or Bynum would be huge for us. I am guessing Bynum is only available in a Dwight Howard deal but you never now.

Pau Gasol for Paul Pierce works, and it would provide Pierce with a chance to retire in his hometown. We would add one of the best forwards in the league and he is only 31 (unlike some rumors that he is already 45 lol).

Another scenarios would be likely too, such as Houston (Scola and Lee could be had) although I doubt McHale wants to have his reputation in danger again. Also maybe the Celtics can explore a trade with the Warriors for Monta Ellis as it has been done before. Maybe Denver could deal Danilo Gallinari and Andre Miller to relive a Pierce to Denver idea that was discussed in the first years of Doc Rivers as a Celtics coach.

Multiple ongoing roads, all departure gates from a moment in our history that was magic for us fans, the Celtics organisation and the Big Three itself.

It was a wonderful and unrepeatable experience and it made me life magical.

Thanks a lot for everything you gave us. I only hope the end is suitable to your unforgettable careers.

You deserve the best. Hopefully we will all live the best end to this story.

It is always hard to end the tale.