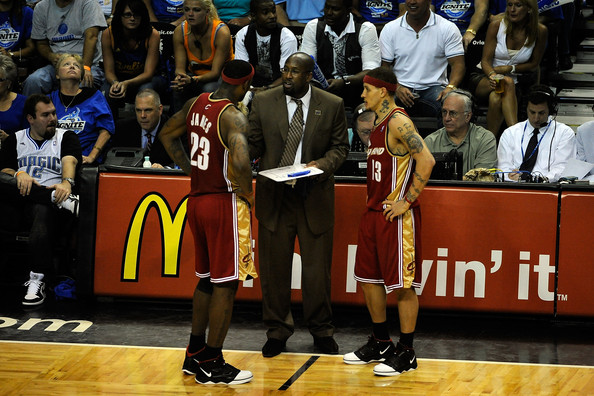 
The Lakers have interest in Delonte West, who played for coach Mike Brown in Cleveland and last played for Boston, as a potential fill-in at guard.

I'm a big Delonte West fan. I'd go as far as to say as I felt he is/was the 5th best player on the Celtics (post Perk trade). It would be a big loss in my opinion if Boston didn't retain him this season and would sting a lot more if he ended up on the Lakers or Heat (not going to happen there for obvious mother F'n reasons). What's worse is that it would be a HUGE upgrade for the Lakers going from defensive sieve/flopper Derek Fisher to Delonte in the backcourt. It would make like much easier for Kobe Bryant and no Celtic fan wants that.

My gut tells me Delonte won't be back in Boston this season. He's going to want more than a 1 year contract and I'm doubtful Ainge will give it to him. Hopefully a more likable team goes after Delonte or somehow Boston can keep him.

p.s. The above picture could use a caption. Feel free to add one.