The Fragile Nature of Past, Present and Future 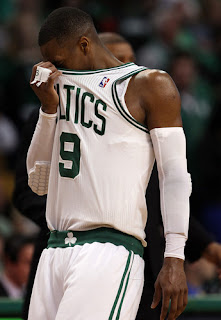 It is hard to believe, but the days of Rajon Rondo in Boston are numbered. I always thought Rajon would play here for the rest of his career, or at least he would be the bridge to a new generation once the Big Three retires. His contract ($55 million/5 years), and his rising performances made the future look filled with impossible passing and Larry Birdesque shows.

Rajon Rondo has always been a beast. Like Kendrick Perkins. The two young starters in our 2008 championship squad may both leave before any of the old guard retires. How crazy fate is.

Precisely, I believe that when Perk left, part of Rajon´s love for the Celtics left too. Is he to blame for that? Absolutely not. Ubuntu was gone, his friend was ripped away from the body of the team...the Celtics left laying on the floor bleeding from the middle.

Right after the season ended with the defeat vs the Miami Heat, Ainge tried to send Rondo to Oklahoma City for Russell Westbrook. The average fun calls this nuts. Do you trade your best player in the Miami series, the future of the franchise and one of the best PGs in the league for a ball hog like Westbrook? You don´t.

Ironies of the destiny: the package included Kendrick Perkins, who would have returned to Beantown months after being banished from the glory of wearing greeen. Do you want to add some more irony to the mix? Apparently Perk had been hard on Westbrook during the playoffs, telling him "you're not Rondo".

Danny Ainge must know something we don´t know or the world is simply crazy. 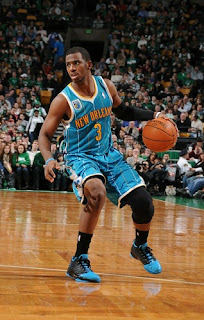 Fast forward to the end of November. Danny has had almost five months to rethink and reshape his business strategy. The lockout ends and his mind is fresh and more logical than ever. No hard feelings, no tension...and the first thing he does is trying to trade Rondo to the Hornets.

The message is clearly painted on the Garden´s walls: Rajon Rondo will be traded. It seems the time is now, Danny is pushing for it. My gut tells me it will be even this week, before the season for sure and Chris Paul is on his way.

The MVP of the Celtics in the last 3 seasons will be traded for one of the MVPs of the league.

Chris Paul is an outstanding player, one of the best players of his generation. He can score, pass and is clutch too. A pure pleasure to watch. He is the light to lead Dwight Howard to us next summer too. Everything looks promising, the future bright but far and uncertain. Danny is willing to far for that distant light than enjoy the flashlights of the currently shaped Celtics squad. 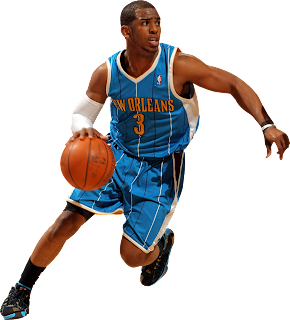 My question is: how can a player status change so dramatically in months? Is is the personality, is it that he hasn´t evolved as well as the coaching staff expected? Are the free throws and the mid-long range distance efficiency so vital for a team to totally forget about its identity?

Fair or not fair, I will continue to cheer for the Boston Celtics. I will be a fan of Paul if or when he comes here, and I will follow, admire and cheer all of Rondo´s glories elsewhere in the league and in my mind I will cherish all the good moments he brought to us. He and Perk, combined with the Big Three...unbeatable.

Now everything is changing. The present is turning fastly into the past. Melancholy further drifted away.

These are times of change my friends.