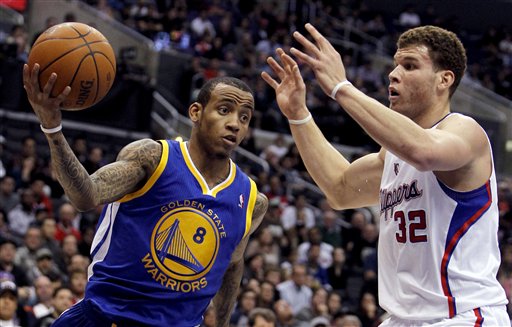 We know every Celtics game is the most important game on the calendar every night but I thought I would shed some light on some other fantastic games that will prepare you in understanding them come playoff time.  Every NBA fan should spend the entire day of Christmas watching all 5 games, well we know you will watch at least one.  Throwing out the first day of the NBA season, here are five games you should not miss.
Dallas Mavericks at Oklahoma City Thunder  (December 29th, 2011)
This will give Celtic fans a glimpse of the defending NBA champions, the Dallas Mavericks while watching the league’s most likable and rising star, Kevin Durant.  Hard to say he is rising when he has risen a few seasons ago.  Durant is one of the top players in the league coming into his prime.  He has already taken his team deep into the playoffs and they are looking at another run.  They play the Dallas Mavericks, an experienced team that will prove to be a good early test for the Thunder.  Expect both of these teams in the playoffs and expect them to go far.
Chicago Bulls at Miami Heat (January 29th, 2012)
This match up contains a rematch of two well-coached and skilled teams that appeared in the Eastern Conference Finals championship.  The Chicago Bulls will be looking to seek revenge over the Miami Heat.  The two best players of last season, Lebron James (MVP-runner up) and MVP Derrick Rose will square off to show us what they have improved in.  Look for Chicago’s defense to try new ways to get the ball out of Dwyane Wade and Lebron’s hands.
(You can probably skip the Cleveland game this night if you want.)
Los Angeles Clippers at Golden State Warriors (February 20th,2012)
This game is really just a chance to see two very fun teams.  Airing after the Celtics game should give you no excuse.  My buddy, Ben Kenna will be staying up for this game, and every single one like it because Blake Griffin and Monta Ellis are his two favorite players.  Having been a west coast basketball Celtic fan, he has stayed up many nights to watch these guys play.  The Oracle is known to be the best stadium to watch a basketball game with the best fans.  Who knows, maybe they land Chris Paul before this.
Los Angeles Lakers at San Antonio Spurs (April 20th, 2012)
Save your jokes about the date, this match up will have two “over” the hill teams battling before the playoffs.  Both of these teams have won and lost, being a sleeping giant prior to the playoffs, this game might wake one of them up.  The sweetener is if the Los Angeles Lakers pull off a trade for Dwight Howard or Chris Paul, or both.  Definitely need to have your calendar’s marked for this classic of two dominating franchises of this decade.
New York Knicks at Atlanta Hawks (April 22nd, 2012)
This will give us a look at two playoff teams, days prior to entering the playoffs.  I expect this game to be played similar to a playoff game.  I think the Hawks are a tough match up for the Knicks with their size and strength.  Stat & Melo will need to bring their A+ game to take this one over. Or the Hawks will turn into the brain dead team we saw a few times last year, taking 30 point losses three times at home.  Either way, this game will be a good playoff preview.