Celtics will use the Mid-Level on… 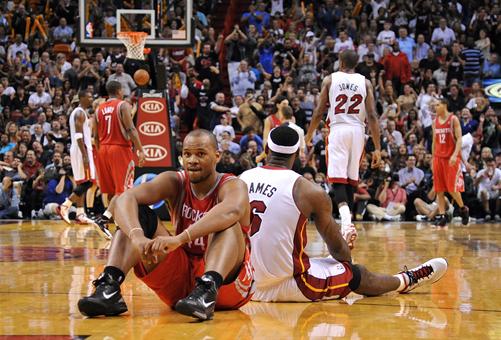 The Boston Celtics will clearly be over the salary cap, as they already have $64 million tied into 7 players including Jeff Green.  Since they are over the cap, they will only be allowed to use the $3 million dollar Mid-Level exception as well as minimum contracts to fill out the roster.
Most can agree that the team lacks depth at the big men, with only Kevin Garnett and Jermaine O’Neal under contract.  We know Jermaine will be missing games due to injury making the Center position the biggest hole on the roster.  They will most likely sign JaJuan Johnson, but his lack of bulk will not satisfy the defense in the paint.  Let us take a look at which centers and power forwards are available at the tax paying mid-level exception bracket.
Chuck Hayes
Playing on the overachieving Houston Rocket teams his whole career proves to the Celtics coaching staff that he understands the team defense concept.   Ever heard of the phrase playing ahead of his time? Well Chuck plays behind his time.  Standing 6’6” weighing 240 lbs, Chuck plays the center position in the body of a wing player.  He uses his low center of gravity to move his opponents from the spots they are most comfortable and has a knack for getting in the right place at the right time.  Making $2.3 million last season, he is a viable option to use the Mid-Level on.

Joel Przybilla
A career back up player, Joel understands his role as a bench center.   Having been in the league 11 years, Pryzbilla knows he will not be getting big time minutes which is exactly what they need at the back up position.  Although Boston’s back up center will probably receive more minutes than all back up players minutes around the league combined or eventually starting when O’Neal goes down.   Depending on what he is demanding, Przybilla will not see an annual salary of $7.4 million again. 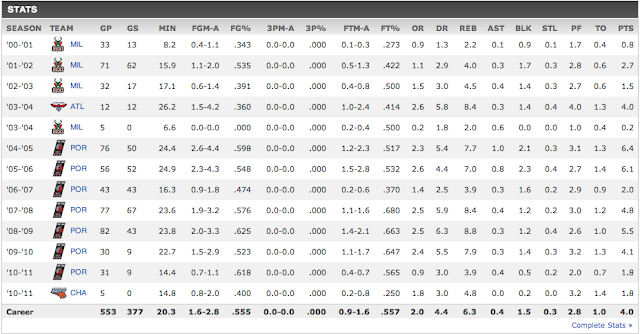 Reggie Evans
Fantastic rebounder when he can stay on the court.  Reggie Evans has only made it to 58 games in the two seasons for the Toronto Raptors, which will help teams afford the undersized center.  Reggie will not be seeing contracts near the $5.1 million per season again especially after his foot injury against the Boston Celtics in November 2010.  I think he could fit in nicely as a back up power forward/center for this team.

These are the realistic candidates for the mid-level exception and ironically I listed my top three reasonable pick-ups in order.   Of course I would love the likes of Samual Dalembert ($13.4 million), Nene ($11.4 million),  Greg Oden ($8.6 million qualifying offer), Marc Gasol (going to get paid), and Tyson Chandler ($12.6 million), but obtaining these guys will most likely not happen.
The next batch of guys who can be signed for minimum or close to that I would like to sign are Leon Powe ($900K), Shelden Williams ($900k), Juwan Howard ($1.4 million), Erick Dampier ($1.1 million), Kurt Thomas ($1.4 million), Etan Thomas ($1.2 million) and Theo Ratliff ($1.4 million).  This group is more reasonable to obtain then the one previously mentioned.  It really is slim pickings out there for back up centers and being a cold weather city, I see a lot of these guys standing in line to become BFF’s with the Heatles.