What the Hell Happened to...John Thompson? 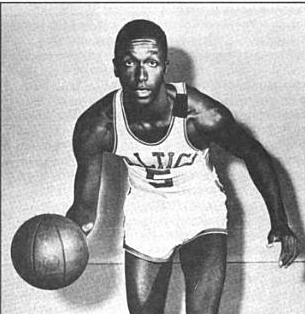 Long before his son coached Georgetown and long before he himself patrolled the sideline for the Hoyas, with the towel slung over his shoulder, this week's WTHHT player actually played for the Celtics.  Back in the 1960s he was affectionately referred to as "The Caddy" since he was Bill Russell's backup (when this guy wasn't doing that).  You most certainly know who John Thompson is but did you know he played for the Celtics?

From accounts of what I've read he struggled with the transition from center spot in college to center spot in the pros.  From an old Jack Barry Boston Globe article, John expounded:

I suppose you'd say my greatest difficulty is playing defense and offense from a corner position because I was a pivot man at Providence. When I fill in at center for Bill I find I have to change from the style I played in scrimmages with the Celtics where I oppose Bill in the pivot.  I know I have much to learn in hitting the offensive board and getting wise to the little pushes and shoves by opposing corner men when I'm playing forward defensively. 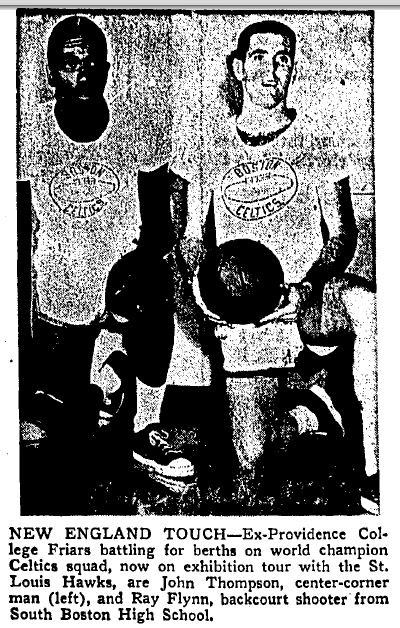 The moral of this quote?  The word "cornerman" isn't used as much in basketball as it used to be.  That and Thompson had his struggles.  His teammate, Tom Heinsohn, had suggested he "barge my way through my defender with brute strength" Thompson had mentioned.
During the 1966 expansion draft John was selected by the Bulls along with teammate Ron Bonham.  At that point John decided to look into coaching, and retired.

He'd coach St Anthony HS in Washington DC from 1966-1972 before moving onto Georgetown, where he coached from 1972 to 1999.  He'd make three Final Fours in the 1980s including winning the 1984 NCAA Championship, becoming the first black coach to win an NCAA basketball championship.

I was never that big a fan of John Thompson, the coach or the analyst.  Anytime I heard him interview a pro player or someone at the draft, I always had the thought in the back of my mind that what he'd like to say was "You realize, you'd be a much better player if you had attended Georgetown, right?"  Maybe that's me being paranoid.  Or maybe it's good that Thompson was so loyal to his school.  I guess it just struck me as being odd that he had actually played only for the Celtics in the pros.  Where was his allegiance ever to them?  He's had some good things to say about Red Auerbach but I've never come across anything regarding reverence for the Celtics organization.

Thompson has always come up in the discussion of being a racist amongst many, although he fully denies it.  People base this on the fact that so few white players played for him while at Georgetown.  Based on my research of him, I believe Thompson.  Here's what he's said about the issue in the past.  Regarding not wanting to coach a white player:


"(About) not wanting to coach white kids—that is just pure crap. If I can recruit a player who's going to help me, I'll coach him if he's purple and comes from Mars. I'll like and respect him as a man if he deserves it." 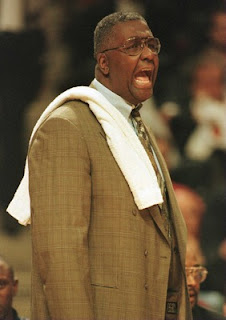 About a common characteristic about his teams playing a "disciplined" style of ball:


"I'm pleased with that reputation," says Thompson. "That's the kind of team and program I've tried to create. But you know what they say next, after they say we're disciplined? You know the code?"
["That you play like a white team?"] 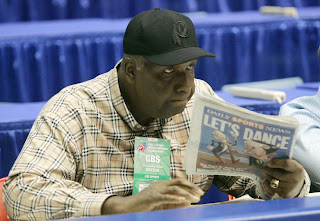 "That's it. Undisciplined, that means nigger. They're all big and fast and can leap like kangaroos and eat watermelon in the locker room, but they can't play as a team and they choke under pressure. It's the idea that a black man doesn't have the intelligence or the character to practice self-control. In basketball it's been a self-fulfilling prophecy. White men run the game. A white coach recruits a good black player. He knows the kid's got talent, but he also knows—or thinks he knows—that because he's black he's undisciplined. So he doesn't try to give the player any discipline. He puts him in the freelance, one-on-one, hot-dog role, and turns to the little white guard for discipline. Other black kids see this and they think this is how they are expected to play, and so the image is perpetuated.

Granted this quote was from 1980, and a lot has changed since then, but you can see the issue was prevalent for Thompson back then.  What I'd like to see from him is some more praise for the Celtics, the organization that allowed Thompson to make a name for himself in the pros.  For every Allen Iverson-ass-kissing interview, every word of praise for Pat Ewing, Alonzo Mourning, Dikember Mutumbo, and every other person who has any connection to Georgetown, it'd be nice to hear some equal praise for the C's.

And what kind of player was John Thompson?  Why is there so little information on his playing career?  You can't always base a guy by his stats.  Was he good?  Or was he more in the mode of Chucky Brown?

Today Thompson is still involved with sports.  He signed a lifetime contract with Clear Channel Radio in 2006 and he has a show on ESPN 980 in Washington DC known as "The John Thompson Show" which he hosts with Doc Walker.

Lastly, this has absolutely nothing to do with this John Thomson, who apparently also played for the Celtic lol.