What the Hell Happened to...Jim Ard? 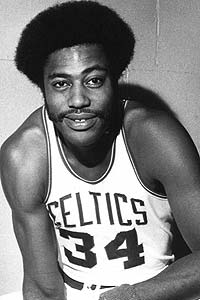 "If I'm going to play against Abdul-Jabbar, I'd like to have a month's notice"- Jim Ard


Today in What the Hell Happened To, we go back to the 1970s and remember Dave Cowens' backup on the 1976 title team, Jim Ard.

Jim attended Thornton Township High School in  Harvey, IL before going to play his college basketball at the University of Cincinnati.  He'd be drafted by the Sonics in he 1970 draft with he 6th overall pick, but began his playing career in the ABA with the New York Nets.  After 3 seasons with the Nets and one with the Memphis Tams (also part of the ABA) he'd sign with the Celtics in October of 1974.

He'd play 3 seasons with the Celtics, winning a title in 1976.  That season was also the most games Jim would appear in any season with any team (81 games).  During his playing career Jim mentioned Dan Issel and Bob Lanier as being the two toughest players he went up against. 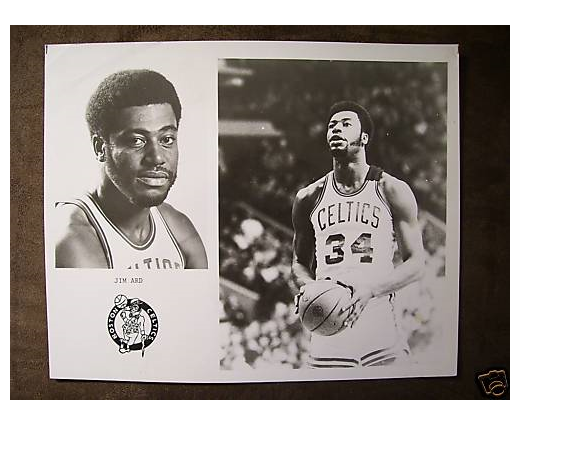 I was only able to see Ard play one game, his appearance in the classic 1976 triple overtime game (also featuring Steve Kuberski, Kevin Stacom, and Dennis Awtrey).  He wasn't the greatest of talents, but he was a solid player.  People may forget his pass that was intercepted by Paul Westphal enabled the Suns to come back when they were pretty much finished.  After a made basket, Jim lackadaisically inbounded the ball and Westphal picked off the pass that lead to another Phoenix bucket which tied it.  In more modern years, it was pretty similar to Game 1 of the 1995 Eastern Conference Semifinals between the Pacers and Knicks, when Reggie Miller scored 8 points in 9 seconds (regarding the steal on he inbounds pass).

The guys who he is placed at a similar level to according to basketball-reference are Anthony Pig Miller, Charles Davis, Malik Allen, Darvin Ham, Greg Foster, and Brian Scalabrine.  I'm guessing he's a mixture of them since he was on a team that won it all (which only Scalabrine can say).  Greg Foster was probably a comparable rotation player to Jim while playing on a very good Utah team.  Charles Davis was a hard-working, scrapping type of player on the 1990 Bulls.  Very aggressive and physical sort of like a combination of Erick Strickland and Popeye Jones and Eric Riley and Mark Bryant.

Since his playing career ended, Jim has kept himself extremely busy.  From 1980-1982 he worked for the Honeywell Corporation in the Phoenix area as a sales rep.  In 1983, Jim moved on to work for Amdahl an IT company, also as a sales rep.  He'd stay there for 10 years, working in their offices in California and Florida and New Jersey.  There he won 8 Amdahl Field Business Conference Awards.

From 1993-1996, Jim worked at the Storage Technology Corporation in Northern California, this time as the manager of a sales team.  He helped guide his team to meet its quota of $25 million.  In 1996 Jim moved on to work for Andataco, as the Northwest Regional Manager.  Following his brief stint there, he moved on to Sun Microsystems as a National Account Executive.  He stayed working there until 2000, after which he went on to work for Marimba as a Sales Rep.


Today Jim lives in the San Francisco Bay Area and still seems involved in computer hardware and software sales.  Jim really seems adept at selling, something I am most definitely not.  I'm really surprised he never gave a shot at real estate, the most favorite occupation of WTHHT players.

Celticslife thanks Jim for his dedication to the team and his contributions in helping secure banner 13 in 1976.  We wish him well with any of his future endeavors.