Afternoon Delight: Passing the Lockout by Laughing at LeBron

Well, the lockout drags on. We've lost training camp. Then we lost the preseason. Now we've lost the first two weeks of the season. And Herr Stern is now talking about losing the Christmas Day games. This could get depressing. But one thing that we will never miss is making fun of LeBron James. He just gives us too much ammunition. Here are a few of my favorite ways to heckle LBJ. We've had basketball players enter Dancing with the Stars but LeBron would fare much better if he joined The Biggest Loser. We all know he'd win that one! 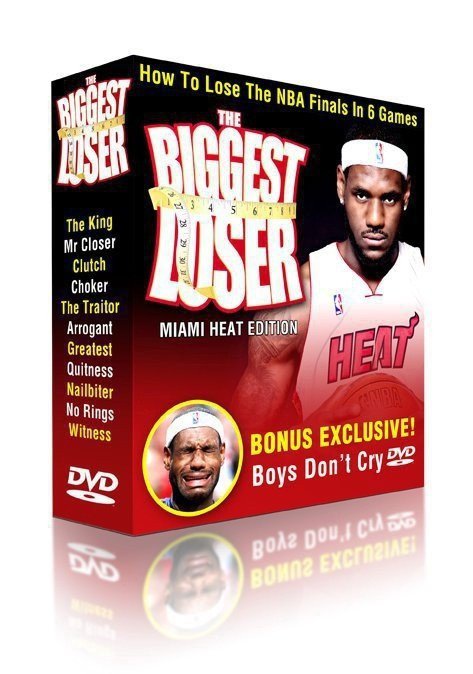 And we can never get enough photos of LeBron in the Finals. The only problem is that he only shows up for 3 quarters. 4th quarter photos are very rare indeed. 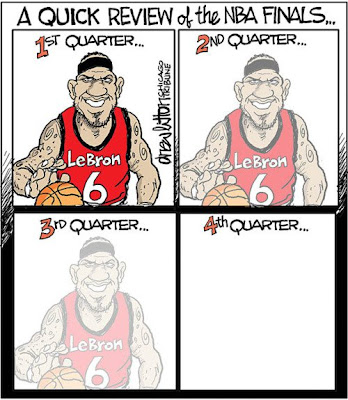 And of course, when there is a photo of LeBrick there has to be the option to quit. 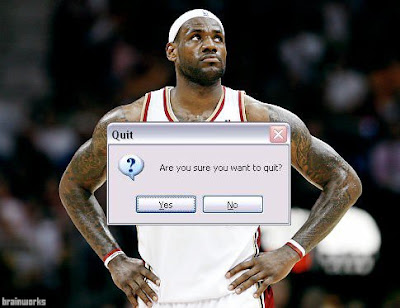 And once again, after the finals LeBaby had to once again deal with the Loss of the Ring. Want to answer McDonald's question about the odds of LeBron winning 7 NBA Championships? 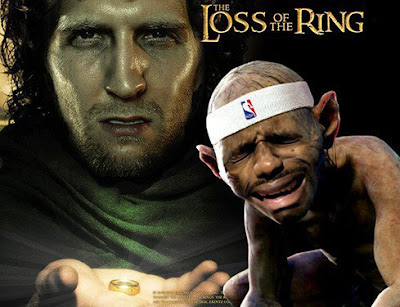 Maybe LeLoser should be making commercials for Dos Equis instead of McDonalds... 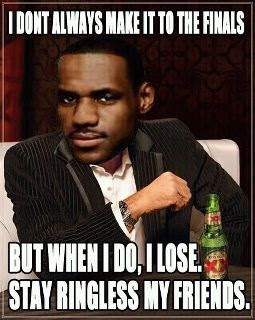 Finally, I'm reading the book Rebound by Michael Connelly. In the book, the author talks about how Bob Ryan took exception to Tommy Heinsohn's complaining about the refs and named him "Miss Jean Romper Room Crybaby of the Year." Well, I think it's time to pass that title onto LeCrybaby, don't you think? 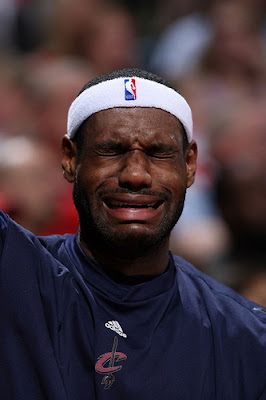