What the Hell Happened to...Charles Bradley? 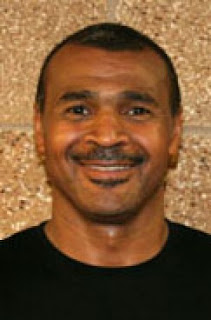 This week in What the Hell Happened To, we remember a bruising 6'5 guard who was the Celtics first round pick back in 1981, Charles Bradley.

Charles Bradley (whose nickname was Tub from his mother because he was wider than he was taller when growing up; not so affectionate but I guess it could've been worse: he could've been nicknamed Bimbo) went to Edgewater HS in MD.  He lead the Rams to the State Class B title (1975), finished third (1976) and second (1977). He was named All-County, All-State and All-American and would earn a scholarship to the University of Wyoming (the second Cowboy to be honored with this distinction after this guy; but definitely not the last as long as Theo Ratliff remains outstanding), where he was named an All-American.  In college he was menacing to say the least; 6'5 and 215 lbs of muscle playing the guard spot:


"I've shattered two backboards and torn down I don't know how many rims," he says. "I tell myself, 'Don't throw it down so hard,' but it doesn't seem hard to me. I don't think I'm mean, I just like to establish my physicalness quickly."

And establish it he did.  He had 14 dunks in his first 4 games as a senior at Wyoming and apparently outplayed more well-known conference players Danny Ainge and Danny Vranes (who believe it or not is a cousin of Jeff Judkins!).  [Tangent time: speaking of Vranes, how have I never heard of this guy?  The Number 5 overall pick in the 1981 draft?  The name doesn't ring a bell.  Neither does this weird commecial:

But alas, there's more!  If that video weren't enough, check out this photo of the 1986 Sonics: 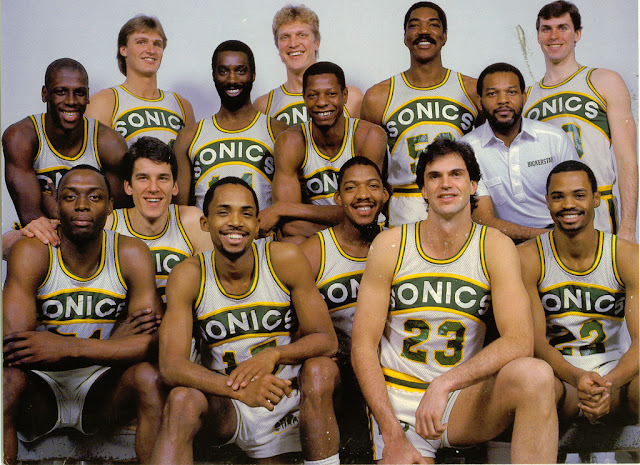 What an incredible WTHHT photograph!  We have Xavier McDaniel and Frank Brickowski, and Gerald Henderson (who is very likely to be a future candidate).  How many of these other guys can you name?  I admit I was only able to identify 9 including the coach.  I'm beginning to wonder if Lawrence Fishburne and Bernie Bickerstaff were ever seen in a room at the same time.  I feel Vranes and Tim McCormick should've done some type of athlete foot spray commercial.  McCormick, he of this wild game against the Celtics where he played out of his mind in leading the Nets to a shocking victory].

Sorry Charles for the tangent.  But for all his tenacity on the court at Wyoming, he lead a very peaceful life off it.  He wore glasses and played chess.  Anthony Cotton expounds in this Sports Illustrated article from 1981:


Polite and respectful, (Bradley) says "Sir" and "Ma'am" to adults. Kids love him. His major is elementary education and he serves as a teacher's aide in two Laramie schools. "I've never worked with a star athlete before so I was worried about how he'd fit in," says Mrs. Ruth Wilson, a teacher. "But with these kids he's only been kind and gentle." Says Glenna Barrett, a 9-year-old pupil, "He's nice. I like him. We have fun." Bradley's affinity for kids has made him something of a Pied Piper, attracting smiles and waves in stores and supermarkets and mobs of little friends after games.

In the 1981 draft, the Celtics picked Charles (who was the younger brother of former NBA player Dudley Bradley) with the 23rd pick.

And now we come into a jam of sorts.  I never got to see Bradley play.  He apparently started out at Wyoming as being a forward but was then moved to guard.  Coach Bill Fitch back then had pretty big expectations for him, and the term "starting guard" was even thrown out there.  But Bradley had a lot of potential, and comparing him to John Havlicek was like, well comparing this scrub to Hondo.  In fact it's probably safer to say that Landry Fields is the next Charles Bradley.


Why was Bradley's career so short-lived?  It's somewhat of a phenomenon when guys who were first round picks are out of the NBA so quickly.  Back in the 1950s and 1960s it made sense, because of the lack of money in professional basketball.  But a 23rd overall pick in the 1981 NBA draft can't stick around for more than 3 seasons?  Was Charles injured?  Was his lack of a perimeter shot too hard to overcome?  Was he really just all "potential?"  Was he the predecessor of Kedrick Brown or dare I say, Avery Bradley?


My guess is that Charles was hyped up by scouts back then and his physical tools (strength, wingspan, athleticism) appealed to the Celtics.  I bet Bradley would've stuck around longer in today's NBA.  In other words he was raw, and not particularly as skilled as other guys.  Remember back then guys had to be well-rounded players in a variety of areas.  There weren't one-trick-ponies who could make a career out of a certain specialty skill.  And if there were they were much more rare.  Players had to be able to handle the ball.  I can't imagine Avery Bradley (he being on the wrong end of Jeff Teague domination) would've been deemed ready to play at the professional level back in 1982.  Maybe his namesake Charles wasn't either.

After 2 short seasons with Boston and 8 games with Seattle in 1984, Charles Bradley's NBA journey was over.

After his playing career, Charles has kept himself very busy.  He first got into coaching.  Bradley coached 1 year at Mullen High School and then 15 years in college on the men's side: he was the assistant coach at the University of Wyoming in 1986 and 1987 (meaning after his stint in Seattle, his playing career was done); he was also an assistant coach at San Diego State and Brigham Young University; the head men's coach at Metro State 3 years; and the head coach at Loyola Marymount University.

Charles has also worked for Pegasus Pharmaceuticals, Black Sands Holding Company, and UPS, all of which appears to have been for their corporate offices.

Today Charles is the head coach of the Colorado Gold Club (no, not that Gold Club, perverts) in the Denver area.  Just like Chris Carr, they have a mission statement:


We are a club that will strive for excellence.  We will train athletes to compete at the national level using a strong fundamental skills based program.  Our coaching staff is experienced, knowledgeable, and will be consistent and dedicated to each player’s success.  Colorado Gold Basketball will also promote a sense of community among our members and families.  We will provide an environment that promotes personal growth as well as the development of an elite basketball player. 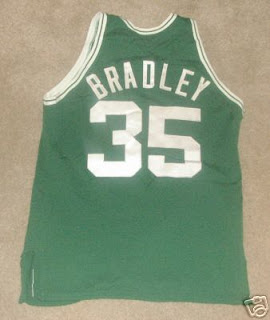 Charles also was one of the founders of Protect & Serve Driving Academy in Colorado.  They also have a mission statement:

We strive to provide the safest, highest quality and most reliable driver's education in the nation.  By employing police officers exclusively as Instructors, we combine experience with mentoring to create the most effective learning environment available today.

He loves giving back to his community which is great.  Unlike Michael Stewart.

Lastly, here was a game-worn jersey of Bradley that was up for sale a few years ago.  It was traded to Kim Stigall within a week, her of Ball Park Heroes.  Based on the jerseys they have listed on their antiquated website, it seems they were able to sell the Charles Bradley jersey.  Or Kim just decided to keep it.

***Addendum Part II 1/25/14- Charles was fired as Athletic Director just 6 days ago.  In a sign of solidarity, the womens' coaches re-signed.  No word on why he was released but be sure to check back with Celticslife for the latest news on Charles.