What the Hell Happened to...Clarence Glover? 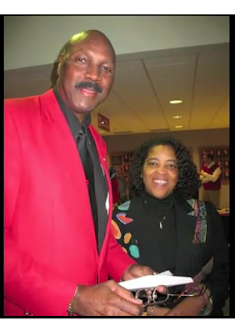 He was a power forward back in the day, known for his strong defensive tenacity and rebounding.

Clarence Glover first starred at Caverna High School in Horse Cave, KY where he played both baseball and basketball.  He attended Western Kentucky University and along with Jim McDaniels helped lead the Hilltoppers to the Final Four in 1971.   He had a tremendous matchup with Villanova's Howard Porter in the Final Four Game, a game that Villanova won in double overtime 92-89.

In digging a little further Clarence was inducted into the WKU Hall of Fame in 2007.  However here's a list of their all-time top scorers, of which he doesn't appear.  (Courtney Lee must've been amazing in college to finish 2nd and 11th in all time points!  Is #12 Art Spoelstra related to Eric?)  He's not on their top rebounding list either.  Did Glover transfer into WKU from somewhere?

Here's a video tribute I found for their run to the Final Four.  A couple things to look for (Artis Gilmore at 1:30; also it appears the game against Jackonsville was a close one.  Check out the screen at 3:23- I got goosebumps!)

Apparently Clarence pretended to tie his shoe and then stood up to catch the pass and make the game winning shot.  Is this anywhere online?  We need to see this!  Straight out of the Harlem Globetrotters book!  All I could find of it was this audio clip here: http://www.hilltopperhaven.com/audio/index.html.  If you scroll down the page you can listen to the announcing.  It's actually done terribly.  The announcer doesn't even explain what Clarence did. 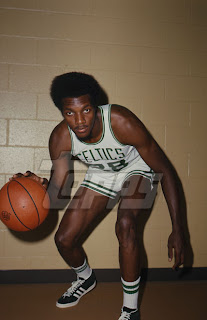 Clarence would graduate from WKU and was picked by the Celtics at #10 overall in the 1971 draft.  (It's interesting to see McDaniels on both lists above.  He was picked in the same draft as Clarence, but chosen with the 23rd pick.)   Red Auerbach was very high on drafting Glover:


He reminds me of Tom Sanders except that he's bigger and quicker. Adolph Rupp told me he's the quickest big man he's ever seen.  He should help us against the more physical teams such as Phoenix and Atlanta which give us trouble. He's also a guy who can take the good forwards on defense.

However he was also strongly pursued by the Carolina Cougars of the ABA but opted to sign on with the Celtics mentioning better competition and better money.

The Celtics are probably counting on me for rebounding but they've also told me they want me to shoot some more.


He'd only play that 1 season for the Celtics, wearing #28 and appearing in 25 games.  Why was Clarence's playing career so brief?  He had a really rough go-round in his time in Boston  Was he rushing things?  Possibly.  After his unimpressive rookie year he spent some time with the Hartford Chiefs of the Eastern League (I have absolutely no idea what this league was, or what it consisted of. I obtained this reference from an old Boston Globe article by Neil Singelais).  When he came back for his second season he was amongst 18 guys fighting it out for 12 spots.  Auerbach, who had been very down on Glover's fundamentals, was still quite optimistic about him:

Glover appears to have poise now and he's improved 200 percent on his outside shot, but he still needs improvement. What bothered me about Clarence when he first joined the team was that he was strung like a violin which is out of tune and always busting.  He was releasing the ball for a shot too soon after getting it on the fastbreak and blowing layups.  I don't mind a couple of mistakes but he was making too many.

However it wasn't enough.  The Celtics waived Glover and Rex Morgan in October of 1972.  Glover never played again in the NBA.

It appears that Clarence at first stuck around the Boston area after his playing career.  In the likeness of Mark Acres and Fred Roberts, Clarence has gone the educational route.  He first taught high school and was the Div III basketball coach of the year.  He has been  an assistant principal in the Kentucky Public Schools since 1995, and is currently the assistant principal at Farnsley Middle School.  He was also a co-founder of the Frenchburg Academy, a year-round school for high school dropouts.  He received his graduate degree from Butler.  You can email him at: Clarence.Glover@jefferson.kyschools.us. 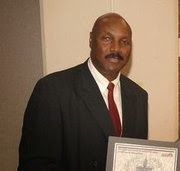 Clarence apparently distributes a prize to 6th, 7th or 8th graders known as the "C.E. Glover Grillmaster Award."  Students participating in extra-curricular activities are eligible for this award.  Clarence's middle initial is E, so this award is definitely in his name.  What does this entail the student winning?  Is it something like a George Foreman Grill?  A Clarence Glover Grill?!  Well we've got our answer thanks to Rob in the comments below:

I'm a graduate from Farnsley Middle School while Glover was there. The Grillmaster award basically entailed being invited, along with your family, to Glover's home for a big cookout dinner. He would BBQ and had things like corn hole, pinball machines, and ping-pong that you could play. I never won the award, but heard from a few friends that he had a very nice house and it was actually very fun.

Imagine winning that?  The stories he could tell while eating lots of food and relaxing?  Sounds amazing.  Can CelticsLife get invited to that?