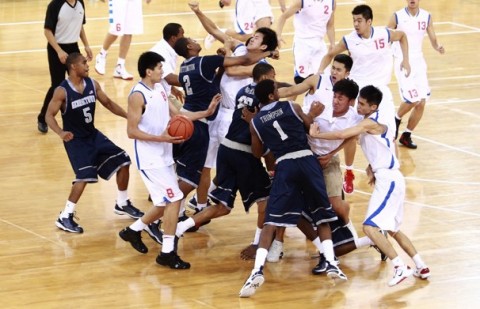 
What began as a goodwill trip to China for the Georgetown men’s basketball team turned violent Thursday night, when its exhibition game against the Bayi Rockets deteriorated into a melee during which players exchanged blows, chairs were thrown and spectators tossed full water bottles as Hoyas players and coaches headed to the locker room at Olympic Sports Center Stadium.
Georgetown Coach John Thompson III pulled his players off the court with 9 minutes 32 seconds left in the game and the scored tied at 64 after a chaotic scene in which members of both teams began throwing punches and tackling one another.

I'm guessing this trip won't help United States/China relations as much as was hoped. I wonder if this brawl had anything to do with the U.S. National Debt and money owed to China. I thought we solved that problem a couple weeks ago. And I thought the Bahrain/Kuwait fight was intense.
Video plus more after the jump. 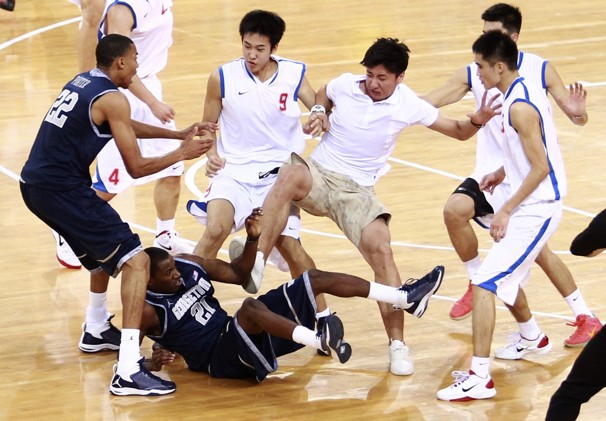