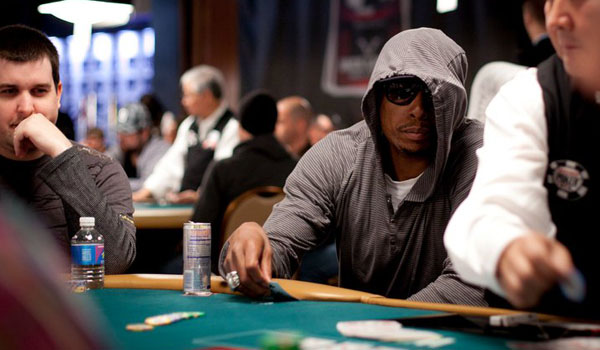 Remember the poll asking who would get bored the fastest and have some labor dispute hijinks? Well, if you guessed Pierce, you were right!

Yesterday the story hit that "The Truth" has advanced in the World Series of Poker.


"Pierce calls himself an amateur poker player, but he has survived as about half of the more than 2000 players who entered the tournament have been eliminated. Former WSOP main event champion Chris Moneymaker is one of the professionals already gone.

Wearing green shoes, green and white socks and his 2008 NBA Championship ring, Pierce played his way to Day 2, and seemed to enjoy himself during his ride. According to ESPN, he spoke with fans in between hands and received a six-hour massage while sitting at his table.

Pierce will have over 63,000 chips remaining when competition picks up again on Monday."

Pretty funny that he was just getting a massage at the poker table.