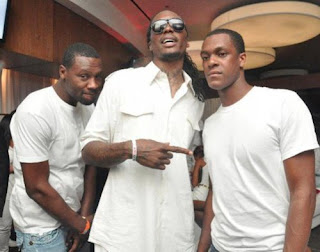 
A little less than six months after a scary on-court incident threatened his basketball career, former Celtics swingman Marquis Daniels has resumed workouts with the goal of returning to the NBA next season, according to his agent.

"Marquis loved Boston, [coach] Doc [Rivers], and his teammates," said Bartelstein. "Those guys all visited him after his surgery and that meant a lot to him."

Not only did that injury threaten his basketball career, but it threatened his ability to walk. One can't stress enough how serious spinal cord injuries are. Marquis has always been a good defender (Chris Forsberg presents some nice stats to back this up in the above linked article), but even before the spinal cord issues, you couldn't really count on him because he is too damn injury prone. The Celtics were aware of his spinal cord issues when they signed him. They also knew that his injury in the 2010 playoffs was a neck injury and not just a concussion (the Boston press did too, but no one reported it for some reason).

If I had known about Daniels' neck issue when they passed on paying TA and signed Marquis to take his spot, I would probably have been up in arms. How can you count on a guy like that? Obviously it was a poor gamble, as Marquis got injured as expected and Ainge had to then trade for a back-up small forward and not coincidentally the season proceeded to go down hill (Never trade a starting center for a backup wing). So while Marquis coming back to Boston would make a nice story, I say we should pass. Especially now that we have Jeff Green who Danny wants to play major minutes. If Green leaves, I'd still go in another direction than Daniels. Now if Marquis wants to come back on a non guaranteed deal I could live with that, but I just don't want the C's to count on him for a 3rd straight year and be without him for a 3rd straight playoffs.