What the Hell Happened to...Toby Kimball? 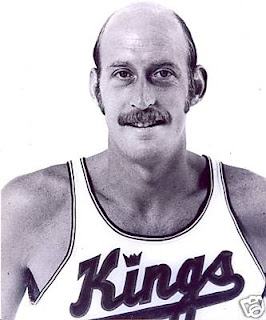 Imagine being just one of two guys to play for the Celtics in the 1960s and NOT win a championship ring?  That's right folks, the Celtics won the championship every year from 1960 to 1969, with the exception of 1967.  This week in WTHHT we remember Toby Kimball, who played for the C's that year only.

Toby was a 6'6 forward-center (really?!  6'6 guys actually played center back then?) and was drafted in the 3rd round of the 1965 draft.   However in Frank Brickowski-like fashion, Toby convinced Red Auerbach that he'd play a year in Italy to refine his game, get in great shape, and work on his outside shot.  Red bought into it.  In Italy, Toby lead his team to the Italian Cup Title as well as the World Cup Championship.  Toby contemplated staying a second season but Red gave him an ultimatum to come back or don't bother.  Toby returned to the states. 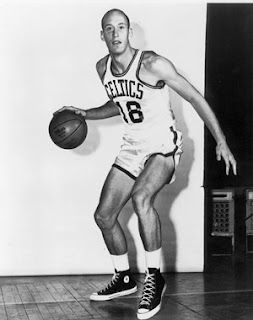 Like most rookies back then, he barely saw any playing time.  He'd play in 38 regular season games and 1 playoff contest.  He only averaged about 6 minutes per night and went for 2.6 points and 3.8 rebounds (which comes out to a ridiculous 23.7 rpg per 36!).  However he appeared to be injury plagued:


"(I) really felt I could have contributed to that team but blew out my knee when I was coming down from getting a rebound, and basically for the remainder of my career I had to try to rehabilitate.”

The Celtics would leave Toby unprotected during the 1967 expansion draft and he'd be picked by the San Diego Rockets.  He'd spend four years with the  Rockets, then played for the Milwaukee Bucks for one year, was then traded to Kansas City, then Philadelphia, and wound up on the expansion draft in New Orleans. By this time, his knee problem caused him to be on the injured list, and he was waived as a disabled player (tell me Billy Hunter wouldn't stick his nose in that situation!). 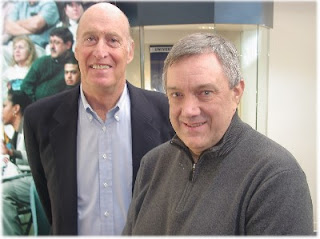 Once out of the NBA, he began working for Canteen Corporation, a food distribution company, and started a coffee division in San Diego. Later the company was sold, and Toby opted to move on. Next was The Jack Winter Company where he sold women’s clothing in California. Then Toby was given an opportunity to work with ADIDAS selling clothing until the company moved to New York. He then worked for Mission Janitorial Abrasive Supplies, and started a rental division of giant sweeper scrubbers that cleaned underground garages, oil spills, and aircraft carriers.

Today Toby runs Southwest Trophy and Awards.  They sell trophies and plaques to little leagues, high schools, colleges, and do a lot of corporate engraving work with accounts on both the east and west coast.