There will be a banner in the Garden after all 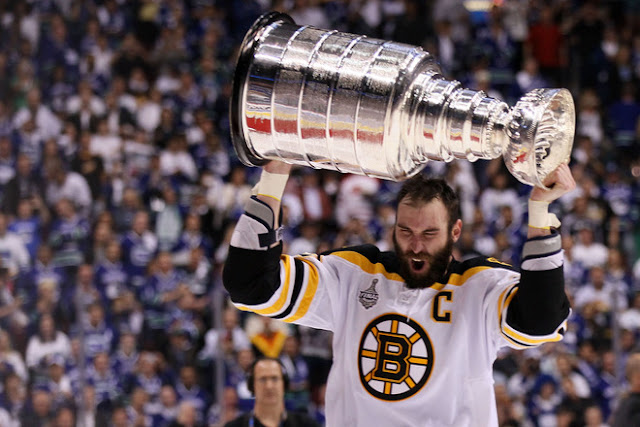 Congratulations to the Celtics' garden neighbors, the 2010-11 Boston Bruins, for their first Stanley Cup win in 39 years. There will be a banner hung in the garden after all.

Boston has now had champions in each of the four major sports in the last 10 years. Quite a decade for us in Beantown.

Here's to next year and the hopes the Celtics can put another one up there.

Also, can 2011 be known as the year of the tall european dudes? Dirk finally gets his ring in the NBA and then Zdeno Chara (above), the tallest man to ever play in the NHL, gets his.