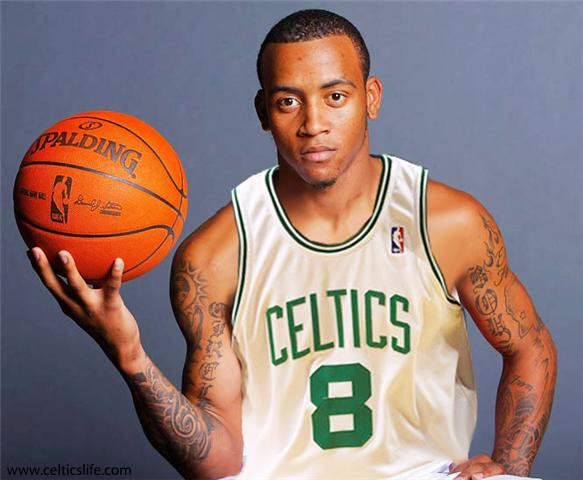 Another day, another Green Target. Today we revisit a player that the Celtics were rumored to be interested in about a year and a half ago. At that time, the rumor was a Ray for Monta swap. Monta's name has been in the headlines recently regarding talks with Philadelphia for Andre Iguodala. Could the Celtics revisit their interest in the explosive guard?

How the Celtics could get him: If Golden State doesn't want to be saddled by the long term contract of Iguodala, Jeff Green could be a cheaper alternative. Green seems to be a better fit for more of a running team and Western Conference style. If Green isn't enough, Boston also has assets with 3 first round picks in the next two drafts. Additionally if we acquired Monta, Avery Bradley becomes somewhat redundant and could also be packaged. Now if Golden State wants a star back for Ellis then Boston would be out of luck, but some combination of the above assets should get us to the bargaining table.

Pros and Cons after the jump.


Pros: Danny has liked Ellis, since he declared for the draft years ago. He would instantly solve Danny's #1 stated weakness of the Celtics that we go through offensive droughts. Rondo and Ellis would combine to become the most pestering backcourt in the league. Monta would allow the C's to move Ray to the bench and I could see Ray challenging for 6th man of the year. Ellis is one of the elite offensive players in the game. With a Rondo/Ellis backcourt moving forward the C's could look desirable to free agent bigs. Hypothetically (very hypothetically), If Dwight Howard becomes a free agent and looks at Boston in the future with Rondo and Green, I doubt he thinks that would be enough to get him a title. Howard (like KG) is a guy who needs someone else to be the man offensively, especially at the end of games. KG ended up with Pierce. Howard could have Monta. Monta, with Rondo, would make Boston more desirable for a marquee free agent.

Cons: Since I'm all for this deal it's hard for me to come up with too many cons, but it's possible that Monta and Pierce could butt heads over shots. Also while Ellis is always a leader in steals, his defense has never been considered good (Neither has Green's for that matter). One could say that in Boston, away from Golden State, and next to KG, Ellis would improve defensively, but it is an unknown. Lastly, I've heard arguments that Rondo and Ellis would be too small a backcourt. Not too many 2 guards left in the league who post up, so I don't think this would be a big issue. If anything, I think the Rondo/Monta backcourt would force other teams to have to go small to keep up.