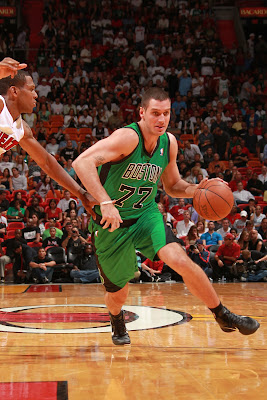 Apparently Sasha Pavlovic may have some interest from Boston and Dallas:


Where are you going to play next season? As for other free agents from the NBA are you interested in the strongest European clubs?
Let's not about names, my primary desire is to stay in the NBA.
If you believe the information from the , wants you to remain a Celtic, and you may return to in the heart of .
There is interest, but we have to wait and see if there will be "lockout" or not. Last year's experience has taught me to have patience. Remember that I came into the season without a club, then did -day contracts with and and eventually signed with , with whom I was pleased.
At that time you had a offer on the table...
Everyone wants the title, and so do I, but if you ask me if I feel too much regret, I can not say that because I played in Boston with four future Hall of Famers and worked with a coach who brought the championship back to the  Boston Garden after nearly two decades.

The source is from an interview given to a Serbian newspaper yesterday and translated into English via google. It seems Pavlovic is just waiting to see what is going on with the new CBA talks. In the meantime he may have his sights on returning to the Celtics next season. At least he seems decided to continue playing in the NBA, unlike Nenad Krstic.

P.s. If anyone can find more subtle information from the original Serbian, please feel free to add it in the comments