What We Would've Been Spared

Celtics Pride at 12:25 p.m. ET
Chris, how does someone become a general manager of an NBA team? How did you start?
Chris Wallace at 12:26 p.m. ET
Well, the most important prerequisite to becoming a general manager is that the person who has the job gives it to you. It isn't a job that requires a license, an internship, etc. I didn't grow up dreaming of being a general manager in the NBA. It's something that happened by chance. But once I entered the league at a very low level with Portland in 1986, I quickly became hooked on the league. I felt like I found my calling. 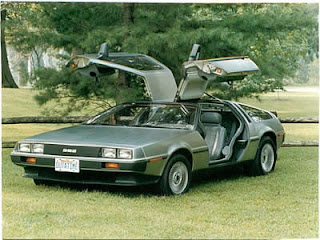 It's amazing I'd sit around, breathless with anticipation, to hear what this jerkoff had to say about anything.  Let's fast forward now, 7+ years please.  Come on Buffoon, just jump in the Delorean right there, I know you can squeeze in it!

Sunday, December 30, 2007: The Boston Celtics blitz the LA Lakers 110-91 in LA.  Lamar Odom shoves Ray Allen in frustration near the end.  Bean makes this comment after the game:

NBA Basketball is suddenly bright.  The Celtics are 26-3 and the Flakers, although 19-11, are clearly undermanned vs the mighty C's.  They are indeed a "middle of the pack team" out West.  The dark days of NBA Basketball (2000-2001) suddenly seem a distant memory, and its time for the greatest franchise in NBA history to make up for down years, and distance themselves from their closest challenger in All-Time NBA championships.

Of course we all know what happened.  Bean would be able to get to that next level, because of the worst, most lopsided trade in NBA history.  Worse than the Mychal Thompson-heist back in 1987.  Worse than absolutely anything and everything you could ever think of.  Pau Gasol was gift-wrapped to lal for Kwame Brown, Javaris Crittenton, Marc Gasol, and a couple of irrelevant draft picks (Donte Greene and Greivis Vasquez).

Excuses can't be made.  Marc Gasol has turned out to be better than advertised.  But he was a second round pick, and nobody thinks he's better than his brother.  The rest of the guys are non-factors.  Let's look at the guys he's signed with the money that could've gone to Pau:

Sure the Grizzlies just finished off an impressive playoff run but they still lost in the second round.  Last time I checked, you don't have banners hanging in the rafters for second round appearances.  Have any of those players lead their team to 3 straight Finals and 2 Titles?  Is it pretty safe to assume that the Flakers last season with Randolph in place of Gasol don't beat our beloved Celtics?  I'd tend to think so.  Glen Davis could guard Randolph for stretches; he can't do that with Gasol (or Bynum).  Will any of the aforementioned players make 3 consecutive All NBA teams?  Absolutely not.  Will Marc Gasol?  Nope.  Neither will Greivis Vasquez.  Those are the only two guys they have left from that trade.

Couldn't the Buffoon talk up the Gasol deal, ya know, to drive up the asking price?  Everyone knows how painful the Carmelo crap was for 6 months.  But at the end of the day, know what?  The Nuggets made out very well, or MUCH better than the Grizzles did.

And for all you Memphis supporters, who are enamored with this year's playoff run, don't automatically assume it's going to lead to more great things.  Just think about the 8th seeded Denver Nuggets from 1994, who upended Seattle in the first round before losing to Utah in 7 games in round 2.  People were so high on the up and coming Nuggets.  Just because you're a young team and have a surprising run doesn't mean NBA Titles are on the horizon.  And that Denver team, with Dikembe, LaPhonso Ellis, Abdul-Rauf, Rodney Rogers and Bryant Stith were a better squad than these Grizzlies.

Let me make this as simple as possible.  Since the Celtics return to greatness (summer of 2007), here are the last four years and the Enemy's last four years:

Let me make this even simpler than possible (in my voice like the drama teacher from Teen Wolf): no Buffoon trade, no threat to Boston's legacy.

Could the math be any simpler?  The Celtics were supposed to be turning the corner.  Instead they were sabotaged by one of their supposed "own."

In the grand scheme of things I don't think many would care if you substituted "Flakers" above with Spurs, Suns, Mavericks, etc; it was who he delivered him to.

I've obviously beaten this topic to death, as you can see from the smorgasboard of previous articles, posted at the bottom of this.  But I couldn't resist one more reminder for Celtics fans as far as who you should always remember to hate as a devout Celtics fan and for someone who cares about historical significance in the NBA.

As Celtics fans, the number that we could always point to was all-time championships.  I remember in 1986 when it was 16-9.  I didn't think I'd ever see that lead dwindle in my lifetime, especially so quickly.  But it did.  And sights like the below well, we would've been spared.

They say a picture's worth a thousand words: 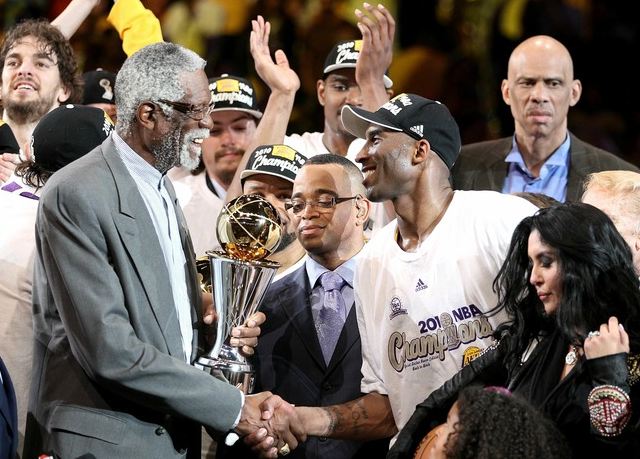 Nauseous.  Disgusted.  Repulsed.  Unnecessary.  You do realize that picture would not be etched in our minds for time if not for Chris Wallace?  Couldn't he have taken Bynum or Odom back?  Couldn't he have giftwrapped him elsewhere?  And please don't mention about Kevin McHale helping the Celtics with Garnett; if he really wanted to help the Celtics, he would've left Al Jefferson in Boston.  Celtics surely could've used his talent on the frontline with KG and Perk.

If the Celtics losing to Miami was the curtain call of this group, then as Celtics fans, we oughta be disappointed.  The Celtics time of rejuvenation lead them to 1 NBA Championship.  During that same four year time period, the enemy, of all teams, won two.

It's well known that when you are affiliated with the Celtics, you're cognizant of the disdain for the enemy.  McHale, while general manager of the Timberwolves, went out of his way to make sure Kevin Garnett didn't end up there.  It works both ways: Byron Scott and Bob McAdoo have nothing but hatred still for Boston, you can never expect a nice word to come out of their mouths about Boston nor would they ever be interested in coaching in Boston.  They hated the Celtics and Boston.  And Boston hates them.  Pretty simple how it works.

Did the Buffoon not see the name of his employer on his check ever?  Did he not realize who helped him feed his family for 10 years?

GIFSoup
SHUT THE FUCK UP!
For as long as I lived in being a Celtics fan, I was always undoubtedly able to tell any other fan of any other team how their team wasn't a better all-time team.  Thanks Chris Wallace, for narrowing that down to the smallest of margins now.  For making the Celtics road significantly harder than it had to be.  For not giving Gasol to any other team.  For proceeding to waste your money on guys like Conley and Gay, who everyone knows aren't top 10 NBA players.

Public Enemy #1 (The Buffoon)
How Can He Mess Up the Season?
Surprise Guest Crashes Lakers Parade
How Dumb is Chris Wallace?
I Abhor Chris Wallace
Does It...